As one half of the hip hop duo Rizzle Kicks, Jordan Stephens has enjoyed enjoyed critical and commercial success.

Now the 24-year-old actor and musician is branching out on his own with a new project called Wildhood.

The project, which is described as being birthed from rebellion, has released an eight-track EP called 'Vert'.

The experimental EP comes from the "sometimes playful, but otherwise dark world" of Wildhood, where they go "into the studio and make what we want".

Speaking about the project, Wildhood said: "We love all sorts of music. Humans see more shades of green than any other colour." 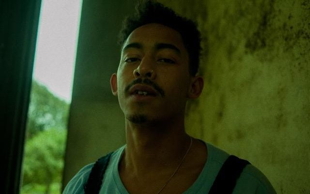