Cattle & Cane recently released their stunning new album 'Navigator', which was described by Thank Folk For That as "THE album of 2019."

Produced by Pete Hammerton (The Shires, The Wandering Hearts, Tom Gregory etc), brother/sister duo Helen and Joe Hammill display a confidence and maturity that sees their soaring sibling harmonies and timeless song-writing come to the fore.

"For the first time ever, we took a step back and actually thought about how Cattle & Cane should sound and where we want to take it" says Joe.

"This is the music we've always wanted to be making and we're so happy with how this album has turned out. It's the proudest we've been of anything we've worked on" continues Helen.

"We've always been ambitious, but I think locking ourselves away with Pete [Hammerton] has enabled us to create some songs that really justify our ambition" she adds.

Having spent the past couple of years sharing stages with the likes of Tom Odell, Brian Wilson, Stereophonics, Madness, Lewis Capaldi, The Head & The Heart, Jake Isaac and Nerina Pallot, Cattle & Cane have every right to be ambitious.

Equally at home playing stripped-back folky sets as they are performing with a full live band, sold-out signs are commonplace at their own headline gigs, including huge regional statement dates at Sage Gateshead and Middlesbrough Town Hall, where a crowd of 1,100 witnessed a magical performance alongside the Northern Orchestra.

They've appeared at acclaimed international tastemaker events such as Canadian Music Week and Reeperbahn Festival, as well as at some of the UK's finest boutique and inner-city festivals including: Cambridge Folk Festival, Tramlines, Live At Leeds, Liverpool Sound City, Black Deer, Cornbury, Deer Shed, Twisterella, Stockton Calling, Lindisfarne, Long Division and This Is Tomorrow, not to mention the BBC Introducing stage at BBC Radio 2 Live in Hyde Park.

Thanks to playlists such as New Music Friday UK, Folk Pop, Your Coffee Break, Fresh Folk and Feelgood Pop, to name but a few, Cattle & Cane have accumulated over 10 million Spotify streams and have over 120,000 monthly listeners.

On TV, their music has featured on many well-known shows including Sunday Brunch, Made In Chelsea, The Only Way Is Essex, Avenida Brasil and MTV's Catfish, as well as features on BT TV and Vintage TV.

Further support for the band came from Middlesbrough FC, who printed the lyrics to one of the band's songs on the club's home shirts during the 2018-19 season.

As an independent act, Cattle & Cane have nurtured their own thriving cottage industry which has seen them release three home-spun albums to widespread critical acclaim. With the release of 'Navigator', Joe and Helen's ubiquity in their native North East looks set to spread far and wide in 2020.

"The band's live show is magical... get ready to clap your hands and sing along – it's pretty much requisite at a Cattle & Cane show" - Metro

"Euphoric and sun-drenched folk" - Record Of The Day

"A crisp new pop belter to raise expectations... All taut energy and lucid colour, it's an instantly infectious gem" - Clash

"A magical, uplifting live presence that is the perfect platform for their velvety mix of instinctive harmonies..." - Metro

"Full to the brim with heart-stirring harmonies" - NARC.

"Their delivery, their harmonies... it is simply stunning." - Music Is My Life

"Carries the torch for everything Pop hopes to be." - Belwood Music 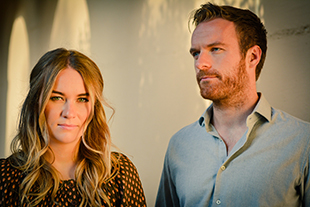