Crows formed in 2015 and have since built a considerable following for the intensity of their live shows which have seen the band members break bones as well as instruments. Their debut album, Silver Tongues, fell into the hands of Joe Talbot [IDLES] who subsequently released the album in 2019, with his label, Balley Records.

‘Silver Tongues’ was recorded in near total darkness, akin to the theme of the album, and cemented Crows as one of the most exciting  Punk bands to come out of the UK.

Crows went onto record their follow up record, ‘Beware Believers’, almost immediately after the release of their debut album to build on the excitement but the album sat, frustratingly, unreleased for 2 years due to Covid.

‘Beware Believers’ was finally released in April of this year to overwhelming reviews, and described as "a release that shines it’s brightest when it’s at it’s darkest”.

After being one of the most talked about bands at SXSW earlier this year, Crows head out on their first ever headline tour in America, followed up by supporting long time friends, Wolf Alice. 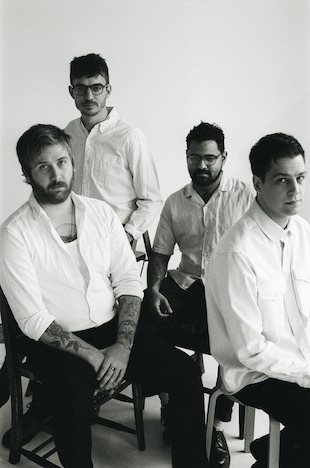