"South Sudan is still suffering from years of war and oppression, we feel it is our cultural responsibility to bring out the music and voices from our country. As siblings we were forced apart in our childhood through extreme circumstances, so we are excited to be united on this project to bring the sounds of our village to the mainstream."

'NAATH' is a vivacious, Afrobeat infused album with Emmanuel and Nyaruach drawing strongly on the unique sounds of their country; interweaving traditional folklore and love songs - alongside infectious dance tunes.
'NAATH' is the ancient word for the land and language surrounding the glorious Kingdom of Kush. Carefully choosing this theme - Jal and Nyaruach's music is often at odds with the image of war and poverty that has blighted South Sudan. Instead, both artists choose to reflect upon the resilience and rich culture of their identity through their vibrant tones and messaging.

From his start in life as a child soldier in the war-torn region of Southern Sudan in the early 1980s, Emmanuel Jal has come through huge personal struggles to become asuccessful and acclaimed recording artist and peace ambassador now living in Toronto, Canada.

Emmanuel's sister Nyaruach was also born in South Sudan at a similar time and was separated from the rest of her immediate family, including Jal, at the age of 4. As years went on, the war intensified, she witnessed her family members killed and was raped by government officials. It wasn't until 2004 that she was finally reunited with Jal in Nairobi. Unfortunately due to renewed violence in South Sudan and threats upon her life, Nyaruach has been forced to live in Kakuma Refugee Camp, Kenya where she has an uncertain future.

Emmanuel and Nyaruach have recorded together on Emmanuel's break out single 'Gua', which stands for "peace" in their native Nuer tongue which was broadcast by the BBC across Africa and became a hit in Kenya in 2005. The two have since performed together in Kenya for Oxfam and South Sudan for the first of its kind peace concert with Daryl 'DMC' McDaniels organised by Emmanuel's non-profit organisation 'We Want Peace.' Despite immense obstacles, Emmanuel and Nyaruach have now finalised their first album together with the release of their first music video 'Ti-Chuong' - shot on location in Kenya. The track is an upbeat dance song, drawing on the unique and rarely heard sounds and traditional afrobeat from South Sudan. Emmanuel and Nyaruach are both keen to work with additional producers and DJs to remix and reinterpret the music to bring it to a larger audience.

Emmanuel has released five award nominated studio albums: 'The Key', 'Gua', 'Ceasefire', 'Warchild' and 'See Me Mama'. His live appearances have included Live 8, Nelson Mandela's 90th Birthday Concert and the One Concert for his Holiness the Dalai Lama. He has collaborated and performed alongside artists such as Lauryn Hill, Peter Gabriel, Nelly Furtado, Darryl 'DMC' McDaniels, Nile Rodgers and Alicia Keys. Emmanuel has also co-starred with Reese Witherspoon in the Warner Brothers motion picture, 'The Good Lie' which tells the story about the journey of four young Sudanese refugees (based on 'The Lost Boys of Sudan') and as the adult lead in the major motion picture 'Africa United'; a Pathe, UK Film Council and BBC Films presentation in association with Warner Bros, released in October 2010. Drawing on his personal experiences and background, he speaks and performs with a strong message of reconciliation and peace, and has spoken at TED Global, addressed the UN, US Congress, the Carter Centre and the very highest level of several governments. In 2008 a full-length documentary on his life was released. The film, 'Warchild', won 12 prestigious film festival awards worldwide. In the same year, his autobiography, also called 'Warchild', was published by Little Brown.
Nyaruach kept her past to herself for a long time, but in 2008 she also stepped over her personal pain and revealed her shocking story in 'War Child', the documentary on Emmanuel's life.

In 2010, Jal released 'We Want Peace', part of a wider campaign of the same name that called for peace, protection and justice for all of Sudan, as well as calling for an end to all conflicts that affect innocent people around the world. This campaign is supported by a number of A-list stars and leaders, including George Clooney, Alicia Keys, Richard Branson, Nelson Mandela, Jimmy Carter and Kofi Annan.

For his outstanding commitment to peace building, Jal has been awarded the Desmond Tutu Reconciliation Award 2017, The Mattie Stepanek Peace Prize, The Hunt Humanitarian Award, The Dresden Peace Prize and The Common Ground Award amongst others. In 2012, he was asked to be a Young Global Leader for the World Economic Forum, and he has performed at the G20 summit in Mexico

Emmanuel's greatest passion is his charity Gua Africa, which supports those affected by war and poverty from South Sudan. The charity has trained and educated South Sudanese refugees to becoming first-class professional in medicine, law and education.

Through her story Nyaruach has become a vital spokesperson for women's rights and education and has also joined the campaign to help her brother build a school in South Sudan. 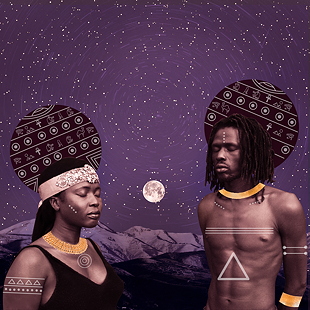