ionnalee shared, "I am really proud of this album. Writing and producing it last year was a playful and spontaneous process, quite different from any of the seven albums I've made. I've been exploring sounds, harmonies and frequencies without prestige or set deadlines, letting my mind and body wander freely and experience music like I did when I was a kid. I made the album with aim to be a small beacon of light for my nearest ones who are currently struggling to look forward, and as a reminder to those who follow my work to remember the dream."

'REMEMBER THE FUTURE' is produced by ionnalee, and also features production contributions from Röyksopp and her longtime collaborator Claes Björklund (iamamiwhoami), and is mixed by Johannes Berglund (Fever Ray). Plus, the album features guest vocalists Zola Jesus and Jennie Abrahamson.

'REMEMBER THE FUTURE' is ionnalee's seventh musical album released across the past decade of her audiovisual projects, in addition to two online live concert installations, earning a total of 57 million views on YouTube to date. Before launching her solo project as ionnalee, Lee spent almost a decade captivating and disturbing the music industry through the viral mixed media project and audiovisual mystery iamamiwhoami.

Beyond her solo work, ionnalee recently remixed Moby's single The Ceremony of Innocence', as well as being the masthead of Ro yksopp's live shows for the past four years including performing as part of their acclaimed show at Coachella 2017. Watch her recent performance on Swedish National TV as part of an Avicii remembrance. She released her first solo album and feature film, 'EVERYONE AFRAID TO BE FORGOTTEN', in 2018 and followed the album with a world tour funded through Kickstarter in just 5 days. The hugely successful tour sold out dates across Europe, US, and Latin America, and was followed by a recently completed North American tour supported by Allie X in anticipation of 'REMEMBER THE FUTURE'.

"One of the most exciting and visually innovative artists in music... merging beautiful icy synths with unconventional melodies and structures to create intangible yet dazzling music, each with a strong message to dissect. On her buzzy new track and tour, the Swedish star's brand of indie-pop is becomes crystal clear" - V Magazine

"Lee is making Kate Bush-influenced pop songs...there are moments of beauty in every single one" - The Fader

"Swedish pop auteur Jonna Lee doesn't just craft an odd and beautiful audiovisual world, but as the iamamiwhoami collective's face, voice and driving force, has you venturing around a netherworld of the subverted familiar" - Dazed & Confused

"Expect a mysterious explosion of sound that carries the legacy of simmering euro-disco simmering in the background, obscured by decaying organic foliage spor/ng the first signs of spring flowers" - Flaunt Magazine

"Lee's voice is delicate and otherworldly, weaving its way through warm synth blasts and creeping percussion" - The Guardian

"ionnalee is a natural evolution, a conduit for her singular vision, imbued with experiences past, yet marking the dawn of a fresh era" - AnOther Magazine

"More direct in her singing and backed by its commanding rhythm, ['SAMARITAN'] challenges the heightened and unrealistic expectations of female artists today" - The 405

"She has created music, video, choreography, fashion, and creative direction, for over a decade, and has made countless of music/videos with millions of views. She is a true testament and inspiration for what an independent artist can accomplish" - Blurred Culture 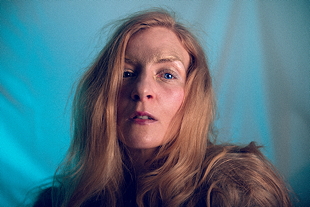