KAWALA started their artistic journey as a duo while studying in Leeds, comprised of Jim Higson on vocals and Daniel McCarthy on acoustic guitar/vocals, they quickly realised that this was the path they were supposed to be following and they returned to their hometown of London to complete the line up of the band adding Reeve Coulson on bass, Dan Lee on electric guitar and Ben Batten on drums.

The band describe their music as "indie meets folk meets afrobeat" and have found early live success, from sold out shows at venues such as London's Camden Assembly and Omeara as well as performances at all the key tastemaker city festivals.

The band's debut EP 'D.I.L.Y.D' saw them capture the hearts of fans, media and streaming services alike, with 20+ New Music Friday inclusions for the singles 'Do It Like You Do', 'Funky' and 'Mighty River' and their first collection of music soared to 5 million plus streams in a matter of months.

All eyes in their London hometown are on KAWALA presently, but with their infectious song writing, astonishing harmonies and impeccable live shows it shouldn't be too much longer before the rest of the UK, nay the world, knows their name as well. 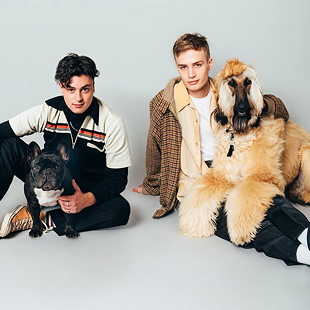