Prior to signing with Epic Records late last year, Madison Beer achieved unprecedented success as an independent artist with her partner First Access Entertainment. Her debut EP As She Pleases boasts over 700 million streams and made her the first independent female solo artist to break into the Top 20 radio charts, after having debuted in the Top 5 on iTunes in 18 countries and in the Top 10 in 42 countries worldwide. Globally, Beer has over 2 billion streams across her catalogue.

She’s attracted the endorsement of Time, Rolling Stone, NME, V Magazine and Billboard who named her among its coveted “21 Under 21” list, and has a social following that reaches an audience of over 20 million on Instagram and 12 million in TikTok.

Her latest single “Baby” was included on PAPER’S “10 New Songs You Need to Hear Now” and MTV’s “SONGS WE LOVE” list, with the video amassing over 4 million views on YouTube within its first week of release. Earlier this year, feverish fans mobilized and left thousands of comments on Epic’s Instagram page to demand the release of “Stained Glass,” Madison’s most personal song to date, after she teased it during an Instagram Live session. Continuing on her hot streak, Madison has consistently beaten her daily best streaming numbers with “Selfish” after the single was added to Spotify’s coveted Today’s Top Hits playlist and is now certified gold.

Madison’s debut album, a strong personal and artistic statement, is slated for release next year via Sing It Loud/First Access Entertainment on exclusive license to Epic Records. This unique project sees Madison where she thrives - commanding complete creative control through writing her own songs, producing and creating her own visuals. 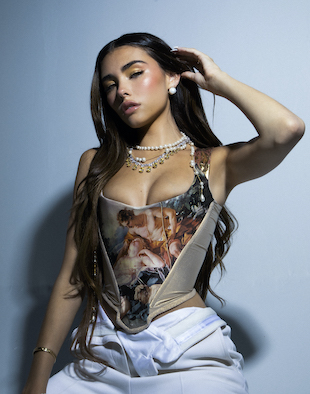