Introducing Pitched Up / Columbia Records newest signing and one of the most exciting British artists right now - 24 year old rapper Mastermind.
Hailing from Manchester, he has recently teamed up with Nafe Smallz and Chip to release the hotly anticipated - 'Wave Time 2'.

Live across all DSP's after premiering on MistaJam's BBC Radio 1Xtra show as his 'Jam Hot', it's the follow up to his break out single 'Wave Time' released in April and to date has 2.2M streams on Spotify.
Produced by Next Lanes from Denmark, the accompanying video has amassed more than 3.1 million views on YouTube and subsequently sparked a bidding war with record labels.

"I've quit music so many times, so much back and forth, but i think I found what I was looking for in my sound... I call it 'Wavy Pain', that's my genre," he says. Selected by DJ Semtex as one of '5 Tracks You Need To Know' on his Capital Xtra show, the track had additional support from Kenny Allstar, Twin B, Charlie Sloth, DJ Target and a sleuth of community radio stations. The track and video for 'Wave Time' was also shared and supported by many artists including Mist, Aitch, Bugzy Malone, Headie One, WSTRN, M Huncho, Yxng Bane as well as footballers Demetri Mitche and Jadon Sancho.

Mastermind has been releasing music independently since 2015 racking up total of 6.6M views on youtube and over the summer, he performed at Park Life as well as Puma's kit launch for Manchester City. With a growing fanbase in Canada thanks to his 2016 collaboration 'Hungry' with Toronto rapper Robin Banks, Mastermind is looking forward to spreading his sound further internationally. "I might be coming from a point of pain but we've gotta have fun with it. Expect a lot of fun!" 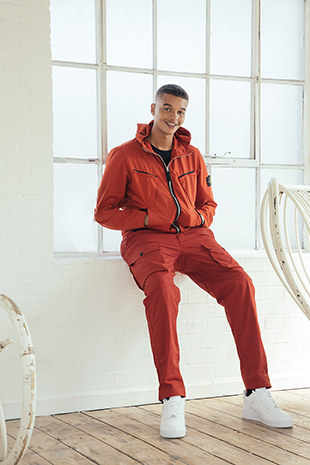