Molly Burman is a singer/songwriter from North London.

She wrote her first song at the age of six with her father, and she grew up surrounded by music and incredible stories.

Her father was the bass player for The Chiefs of Relief playing alongside none other than Matthew Ashman of Bow wow wow and Paul Cook of Sex Pistols fame. Her Mother was an Irish singer member of the singing comedy act “The Frigidaires ” ,was part of various bands and featured with Shane McGowan ( The Pogues) on a number of occasions, whilst her Grandad is a widely respected Jazz musician and composer who directed the London Vintage Jazz Orchestra.

With such a disparate and incredible set of influences, Molly could not escape the allure of a career in music.

Her song writing deals WITH the unfiltered expression of emotions. Molly writes about unrequited love and unwanted attention and everything in between, with an emphasis on the importance of releasing music that is relatable. She wants to make her fans feel like they are less alone.

At the Young age of 19, Molly has written an incredible catalogue of songs. She is now ready to share her music with the world at large. 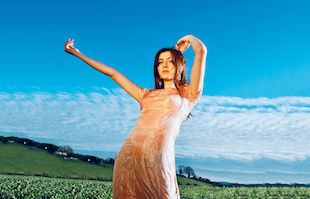