For the last decade The Overtones have been a household name after appearing on dozens of television shows across the U.K. and Europe including Dancing On Ice, BBC Breakfast and This Morning to name just a few.

After headlining at world renowned venues like The London Palladium and The Royal Albert Hall, The Overtones have built a name for themselves as one of the UK's most prolific live acts. From performing at the Queens Diamond Jubilee at Buckingham Palace to singing at the Brandenburg Gate in Berlin in front of one million people. The Overtones have entertained at some of the biggest events on the planet.

In 2019 the group welcomed new member, Jay James who rose to prominence working with the likes of John Legend and as a finalist on The X Factor. The announcement heralds the start of an exciting new era for The Overtones who embark on their 10th UK tour this December. 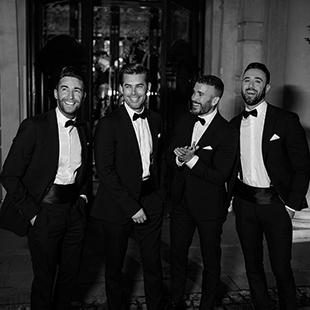