"I'm an English kid who loves music from all over the gaff. The new album is just that but held together by Andrea. There's reggae, hip-hop, grime, there's a disco vibe on one tune, there's a lot of soul on it."

Born and raised in Sheffield, Tom 'Toddla T' Bell's first musical obsession was hip-hop when he was 9 years old via Tim Westwood and Yo! MTV Raps. It wasn't long before he discovered reggae, dancehall, house, UK garage and other forms of more club-based electronic music. As the younger in his group of friends, he was always Little Tom, Baby Tom or, as we know him now, Toddla T. The scene in Sheffield wasn't a big one, but it was lively and passionate. Very soon he found himself behind the decks, playing to bigger and bigger crowds and immersing himself deeper and deeper into all forms of rave music.

Skip forward a few years, and after grinding away in Sheffield with a job working in a shop, four incredible events came together:

(1) he released 'Do U Know', a huge release that got him a tonne of attention.
(2) he uploaded the Ghettoblaster mixtape to his MySpace and it went mental, ultimately earning the title Mixtape Of The Year from FACT.
(3) he was invited to be resident at fabric.
(4) he began producing beats for what would become Roots Manuva's 2008 album 'Slime & Reason'.

The collision of those four moments gave him the platform to DJ all over the world. "It was a dream and an aspiration," he says, "but very overwhelming at 20 years old."

In 2009, Bell released his debut album 'Skanky Skanky', an LP packed with guest spots from the likes of Roots Manuva, Tinchy Stryder, Serocee, Joe Goddard and Benjamin Zephaniah. 'Skanky Skanky' was defined by its big, primal bass lines that shook your skull and broke your speakers. It also came with a bold visual aesthetic that later down the line would ultimately, accidentally, spawn a clothing label.

Originally starting out Steeze as Toddla T merchandise, it quickly expanded as the striking t-shirts became highly sought after.
Gradually, his name stopped appearing on the clothes and they became their own entity, loved for their design not just because they were his.
Now Steeze is an all-encompassing brand that includes a clothing label, website and record label.

Around this time, he "accidentally landed a job on the BBC as a broadcaster", as he puts it. An Essential Mix led to a demo which led to a show and he's been on Radio 1 and 1Xtra ever since.

During this time, Toddla T was in the studio with everyone from Ms Dynamite to Ward 21 in Jamaica. "All these records I was buying as a kid, I was now making records with these guys. It was incredible," he says. Two years later, in 2011, he released his second album 'Watch Me Dance' on Ninja Tune, which featured arguably his biggest track to date 'Take It Back' with J2K and Shola Ama.

It wouldn't be telling the full story without mentioning the importance Jamaica holds as an influence in Toddla's life. What started off as a pilgrimage, a respectful discovery of music and culture, over time has developed into being an integral part of his musical passion and focus.
It underpins the foundation of so many important moments in his career; from producing a mixtape with Jamaican heavy weight Protoje to playing at Stone Love's Weddy Weddy Wednesday street party and performing in the Nelson Mandela Park at Half Way Tree with David Rodigan. It was also where he gained a respected underground following with the island's native artists while managing to also work on Major Lazer's early material and returning to the UK with armfuls of dubplates ready to annihilate his DJ sets, it's fair to say nothing can be credited with demonstrating more intrinsic roots to Toddla's core. This naturally led to a love for all things sound system and thus for carnival, something which has become a full time, 365 day-year job.

Toddla T's Notting Hill Carnival soundsystem, and his Winter and Spring Carnivals, consume the vast majority of his time. "Putting on Notting Hill is such an operation. There's so much blood, sweat and tears. We're preparing for it from the day it finishes." The endless work behind them all hasn't dampened his love for it, though. "But when the first record cues up I love it more than my birthday, more than Christmas. We could never repeat Notting Hill but I just wanted to bring back the vibes a little bit, so we do one indoors in winter when it's cold and then we do Spring Carnival at Village Underground and pop-up stages at festivals." Oh, and there'll even be a carnival show or two in Ibiza this year.

Now, in 2017, Todda T is preparing to release his third full-length album, 'Foreign Light'. "It's the album I'm most happy with, by a long shot," he says. "I didn't want too much outside influence so I got Benji B to help me oversee the project and be a second ear, and I didn't play it to anyone else."

With each release, Toddla T brings in wider and wider influences, revealing more and more of the myriad sounds that have shaped him since his childhood - and 'Foreign Light' is no different. The album, which he says is more cohesive than the last two, centres around Andrea Martin's vocals. Besides Teezy himself, Andrea has the largest input on the album. The two met after his good friend Switch introduced the pair.
Very soon, she became the focus of the album. "Even though it's all over the shop, stylistically," he says, "Andrea's the glue that holds the album together." Despite that stronger R&B influence, Toddla still manages to incorporate a tonne of other sounds, and plenty built for the club, with features from CASisDEAD, Wiley, Stefflon Don, Coco, Silkki Wonda, and Addis Pablo (son of dub legend Augustus Pablo). 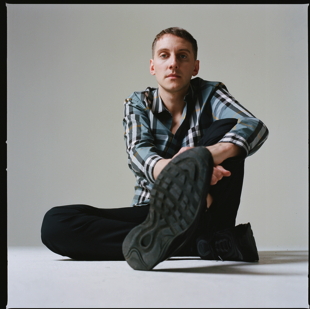