Walt Disco are a band who defy all convention to create a world of their own, truly like no other. Their fearless, unique pop songs are created without constraint, with a message of self expression at the very core of everything they do.

Supported Interpol, Sports Team, HMLTD, The Joy Formidable and Bodega. The band embark on their biggest tour to date in March 2021.

They have played The Great Escape as a First Fifty act, with four packed out shows over the weekend. UK-wide the band played Live at Leeds, Hit The North, Bestival and Isle of Wight amongst others.

Internationally, they have been booked for SXSW, Dutch Design Week, Paris Fashion Week CELINE afterparty and supporting The Garden in France.

Walt have had 3 singles in New Music Friday UK and songs featured in All New Indie, The Indie List, The Rock List, The Punk List, Fresh Finds and The Other List on Spotify. On Apple Music, they have been featured in New Music Daily, Breaking Alternative, Antidote, Best of Scottish Indie, New in Alternative and GAY TIMES Queer & Now. On Deezer, they have been playlisted in Brand New UK and Hot New Rock.

They are currently recording their debut album. Musically, their self-produced rock opera will push the boundaries of everything from PC Music and the modern pop of Charli XCX and SOPHIE, to timeless Scottish post-punk artists of the 80s.

They are part of DIY Magazine’s Class of 2020, NME’s Top 100 and BBC Scotland’s Artists to Watch in 2020, along with this, they have had support from CLASH, Dork, Gigwise and Line of Best Fit.

The group have featured in numerous fashion publications, including Vogue, i-D, LOVE Magazine and Another Magazine. Lead singer James Power has starred in numerous campaigns for French fashion house CELINE. 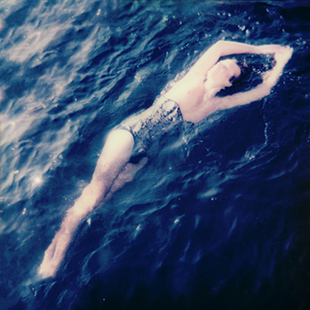