Gemma Dobson better known by her stage name SIREN, is a British Drum and Bass Music Producer and DJ.

Her fast-paced skill as a public performing DJ has garnered her support and attention from some of the industry’s leading DJs and gained her a solid fan base within the Drum & Bass community.

SIREN leans towards the harder side of DnB in her sets playing a lot of Neurofunk and crossing over with Dubstep. Her diverse sets have allowed her to fit on varied line ups within D&B, Dubstep, EDM and Trap.

All of her releases to date have had mainstream radio play on Kiss FM, BBC Introuducing and her latest release was played on Radio 1.

‘VENGENCE’, her latest release, was made the cover of the world’s biggest DnB playlist on Spotify ‘Massive Drum & Bass’, and has been licensed to Universals U-NXT, whilst also receiving support by Andy C, Doc Scott, Monrroe and Mollie Collins.

This year SIREN has secured 8 dates in Ibiza to support Chase & Status for their residency at Eden, and has been booked to support Netsky on his stage at Tomorrowland and Printworks, with further bookings in Europe including Nibirii Festival, Prague and Estonia.

In her own words “I am defining my sound within the scene, I want to set my own standard from my production with a repertoire of turbulent soundscapes, flawless mixdowns and heart-stopping DJ sets.

For now, she is currently working on her debut EP which she aims to show her versatility as a producer of hard- hitting dancefloor bangers through to ambient vocal tracks. 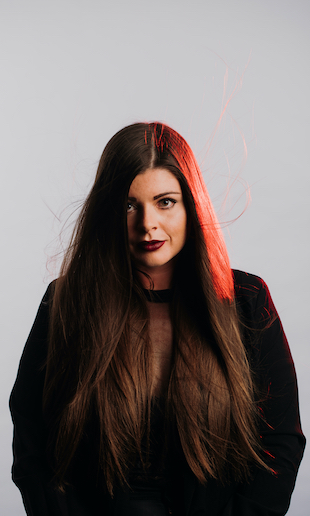