The North London - native Ama Lou is certainly on the mission to cement herself firmly in the music scene with her distinctive sounds and her unique style. The classically trained singer has certainly created a buzz! To date, she has received support from notable publications.

Press and music tastemakers have upheld her debut single 'TBC' with ID stating, "A beautifully shot short, the video and track both reference Eric Garner's horrific final words, 'I can't breathe', while alluding to, the Black Lives Matter movement and annihilation of Black and Brown America in the early 20th century."

Nylon also applauded Ama Lou "Whatever the future holds, we hope that more artists will present thought-provoking material like this."

Pigeons and Planes - "It's a huge debut for the 18-year-old. 'TBC' is the kind of song that reveals more layers the closer you listen"

With Ama Lou's impressive, expressive lyricism and her edgy aesthetic and creative genius when it comes to her music visuals. She has certainly bought her own stonework along, and is paving her own way to become one of the most inspirational and fundamental artists around. 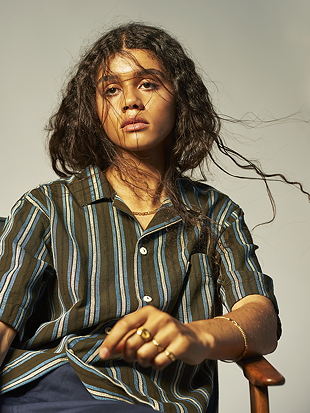