Taiwanese-American singer/rapper Amber Liu started out as part of the K-Pop group before beginning to release solo material, much of which she recorded in English. Born Liu Yi-Yun in 1992 in L.A., she began her music career at the age of 16 when she participated in massive K-Pop brand 's 2008 global auditions in her home city. Chosen from thousands of hopefuls, she moved to Korea and spent a year training to become part of the highly regimented K-Pop industry before debuting in 2009 as one-fifth of the girl group. Liu styles herself with an androgynous aesthetic, with which she feels most comfortable. Singles such as "Ready for the Ride," "Numb," and "Hands Behind My Back" were featured on her debut English-language EP X. Released early in 2020, it had a strong '90s pop/R&B influence. A second EP, Rogue Rouge, followed shortly thereafter. 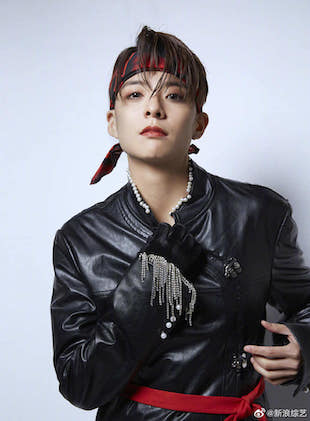