In his relatively short career, the prolific Anderson .Paak has self-published over 100 songs to the market. .Paak has acquired an impressive list of collaborations including acts such as Mac Miller, (whose song Dang! Feat .Paak was certified Gold), Chance the Rapper, Rapsody, and his band The Free Nationals; a stream of steady requests to work with some of the industry’s most renowned artists, and an instant hit Til It’s Over, heard in the Spike Jones directed commercial “Welcome Home” for Apple Music HomePod starring FKA Twigs.

In 2018, his monster release “Bubblin” saw a Jimmy Kimmel Live! Performance and won him his first Grammy for Best Rap Performance in 2019. .Paak also made his first debut SNL appearance performing his song ‘Tints’ as well as ‘Who R U?’ off his recent album Oxnard, which is his third LP and first on Dr. Dre’s Aftermath Entertainment. The album marked a career high for him debuting as the #1 independent album in the country according to Billboard as well as debuting at #5 on the Rap Chart, #6 on the Hip/Hop/R&B chart and #11 on the Top 200. The phenomenal album was executive produced by Dr. Dre and features the likes of hip-hop legends Kendrick Lamar, Snoop Dogg, J. Cole, Q-Tip and Pusha T. Following the album release .Paak has been on a sold out tour in both the US and UK/Europe, with fans anxious to see his energetic and captivating liver performances.

Following the albums release .Paak has been on a sold out tour in both the US and Europe, with fans anxious to see his energetic and captivating live performances.

In 2021, he formed a duo called Silk Sonic along with fellow singer-songwriter Bruno Mars. The duo's debut single, "Leave the Door Open", became Anderson's first single to reach number one on the Billboard Hot 100. Their upcoming studio album is set to be released later this year. 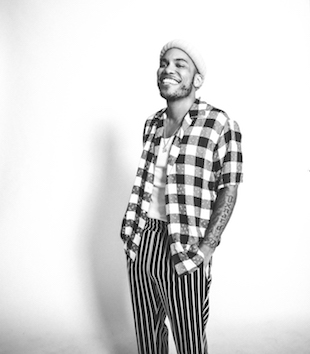