Harrison Rodrigues is BAAUER. 29 year old New Yorker raised between London & Philly. One of his songs went viral and turned double platinum and since then he's managed to parlay it into one of the most surprising, hybrid careers of the decade. A DJ & producer working at scale at the intersection of dance and hip hop: there's no one who sounds quite like him.

In the 3 years since his debut album BAAUER's received accolades from New York Times, The Newyorker, Pitchfork, NPR, The Guardian, Complex & Fader.

BAAUER has a global fanbase that straddles dance & hip hop music. In 2020 he makes an awaited return with his sophomore album rooted in the crossover dance music he grew up listening to: Chemical Brothers, Prodigy, Basement Jaxx and Daft Punk. No one is working in this space where genres blend togeth- er - and yet no idea better encompasses the culture we live in. BAAUER's back and leading the pack once again... 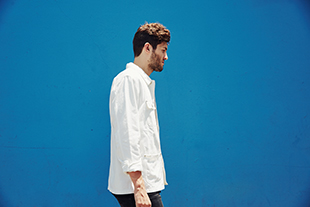