Manchester based Bipolar Sunshine has quickly grabbed the attention of early supporters with track 'Fire' including Zane Lowe, John Kennedy, John Hillcock, Eddy Temple-Morris and the BBC introducing amongst others.

With the debut EP set to be released at the beginning of the summer and debut live dates just announced, it's set to be an exciting year ahead. 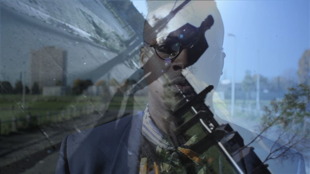