A new wave of rappers have swept across the nation this era, creating international acclaim within the industry of Hip hop; Cashh previously known as Cashtastic being one. He is highly regarded as one of the future household names in UK Rap, who is stamping his sound firmly onto the mainstream echelons of music.

His birth place of Park Lane in Kingston Jamaica and being raised in Peckham, South London exposed him to the harsh realities of inner-city life from a tender age. “When I started rapping at 10 years old it was about all the things I didn’t have; copious amounts of money, big mansions, expensive cars, all the things you dreamed about as a young boy”. This pretentious world he rapped about emotively changed when reality kicked in for the young wordsmith, ushering him to write about the harsh realities of his surroundings.

In 2011 his work rate accumulated a buzz within the industry and he went on to Release his first solo Mix-tape, 'Lil Bit Of Cash', collaborating with Krept & Konan for the club/ radio smash hit 'Gassed In The Rave'. Cash also collaborated with Stylo G, propelling a strong fan base that lead him to perform at the 'Wireless Festival'. 'A Lil Bit Of Cash' charted at number 21 in the iTunes Hip hop charts and sold out in many HMV stores nationally. Finally, Cashh was leaving his undeniable imprint and at just the tender age of 16, he free-styled for the biggest UK online platforms across the airwaves. From his first of many 'Fire In The Booth's' on BBC 1xtra/Radio 1 with Charlie Sloth, to 'F64'/'Warm Up Sessions' on Jamal Edwards' SBTV. His iconic freestyle cover to Chipmunk and Chris Brown's song 'Champion' on Link Up TV, to date has produced over 1.4 million views.

2012 saw an abundance of performances by Cashh including a UK tour with Bigga Fish. After collaborating with the Godfather of Grime 'Wiley' on a track entitled 'Only Human', they performed at the 2012 V Festival for a crowd of over 18,000 people. He won two NXG Awards for 'Best Unsigned Act' and shortly after Universal came calling and his Publishing deal was signed.

February 2014 saw the release of his second solo mixtape 'Alarm Clock'. An illustrating musical introduction packed with emotion, passion and his unique autobiographical lyrical style. Straddling the line between club bangers and moments of emotion, the Mix-tape was critically acclaimed as his best work thus far by his supporters. At the pinnacle of commercial success in March 2014 Cashh was removed from the UK back to his birth country of Jamaica. An inspiration to thousands of people the news was reciprocated sadly and spearheaded major national media interest and petitioning to the UK Government.

In October 2019, Cashh was allowed to return back to the UK – An iconic moment for UK music. Upon his return he was able to reunite with old friends and fellow artists such as Steel Banglez, Kenny Allstar and many more. With an explosive reaction to the rappers return to the scene – As the UK rap scene continuingly flourishes, the return of one of the founding artists is no doubt a highlight. Back to take a seat on the throne, Cashh’s determination has assured that no matter where he is, he will deliver great music. 2021 will be the year of his highly anticipated return project. 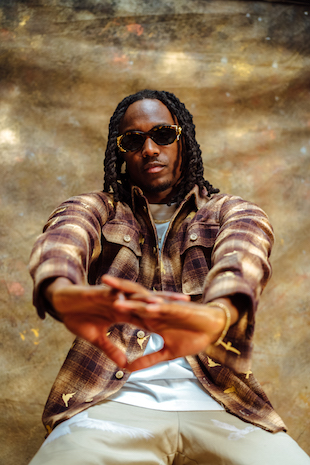