In 2011 a young New Jersey physical therapist trainee named Mike Volpe quietly dropped a Zippyshare link of the now-classic 'Instrumentals I' mixtape on Twitter under the name Clams Casino - a project that consisted of beats created for Soulja Boy, Lil B, Havoc of Mobb Deep and more, but stripped of the vocals. Sophisticated, atmospheric, and completely able to stand on its own, the project (along with the seminal Tri-Angle records release 'Rainforest' and the instrumental version of Lil B collab 'I'm God') quickly propelled Volpe to a cult status amongst electronic music fans, with high-brow luminaries ranging from The Quietus to Brian Eno publicly celebrating his unusual compositions and melodic sensibilities.

The following years brought key collaborations with vocalists including Mac Miller, Vince Staples, Joji, Kelela, Lil Peep, The Weeknd, plus official remixes for Lana Del Rey, Sia, and many more. In this time, Volpe also formed a storied creative partnership with A$AP Rocky, with whom he architected the mixtape masterpiece 'Live Love A$AP', and has continued to work with since the genesis of their respective careers.

Still, fans around the world have been eagerly awaiting another project of original instrumental music. 'Moon Trip Radio' is Clams Casino's powerful return to form, an immersive, boom bap exploration of a psychedelic world of Volpe's design, one that can be imagined when gazing up at the cosmos with a willingness to explore. 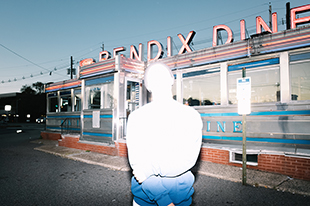