At just 21 years old, Dave has established himself as one of Britain's most exciting talents, and as an award-winning lyricist / producer and a newly established actor, he shows no sign of slowing down.

2019 has seen Dave release his debut album 'Psychodrama', which reached the No.1 spot in the official UK charts, first week. At the time of release, the album was the most streamed debut album in British history, and has since gone on to sell over 130,000 copies in just six months.

The album also received much critical acclaim, with Dave winning the GQ Breakthrough Music Act Award 2019 and the prestigious 2019 Mercury Award, as one of the youngest winners in Mercury Award history.
'Psychodrama' is also the first nominated album in seven years to have already sold over 100,000 copies prior to winning the award.

Dave's meteoric rise has indeed been characterised by a series of boundary-breaking moments; from Drake remixing early single 'Wanna Know' in 2016, to becoming the youngest recipient of an Ivor Novello Award for the 7-minute politically charged 'Question Time.' Last year his street anthem 'Funky Friday' debuted at No.1, the only British artist to do so in 2018, while his 2019 Glastonbury set became one of the most-talked about moments of the festival.

In 2019, Dave embarked on the sold-out 'Psychodrama' UK Tour, selling over 40,000 tickets and playing two Brixton Academy shows, which were met with a slew of outstanding reviews. He also made his acting debut, joining the cast of the much-anticipated cult Netflix series 'Top Boy' as Modie, rival to the series' protagonist Sully. Dave also featured on the accompanying album inspired by the series and curated by Drake, with his track 'Professor X' becoming the stand-out single.

By continuing to boldly defy convention and refusing to compromise, Dave is constantly redefining the model of success within contemporary British culture, and while the success of 'Psychodrama' has firmly underlined this, it is just the beginning. Following his sold-out European album tour, Dave is currently embarking on a sold-out US/CAN tour. 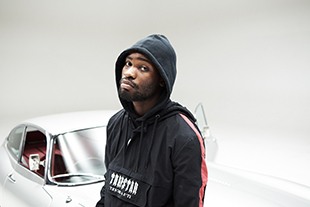