"I was always the young one of the group, the funny one" says Deno, whose parents are originally from Eritrea. He has grown up in and around South London, and attends school in Brixton. "My family knew I could sing, but nobody else. Then in year 7 my friend told the teachers I should perform at the end of year assembly. So I sang Ed Sheeran's Thinking Out Loud." That's when his whole life changed, and he was set on a path to becoming perhaps the youngest and most explosive viral singer of his generation in the UK.

When Deno returned to school at the start of year 8 in September 2015 after the summer holidays, everyone would come up to speak to him in the corridors. His performance the year before had made him a local legend. "My boys kept trying to get me singing on camera. I said I'd do it but told them not to post it." Soon a video of him singing appeared on Instagram alongside the #imjustbait hashtag. "At first I didn't think much of it. But after #imjustbait posted it I'd go on my phone and see 2000 followers, then 4000 the day after." He recorded more videos of him singing - still only 12-years-old at the time - which gained so much attention on social media that Stormzy retweeted one of them, looking to get in touch. They started talking over DMs and soon Deno was going to the studio with Stormzy every couple of weeks to work on his Brit Award-winning album, 'Gang Signs And Prayer'.

During the summer of 2016 Deno had met AJ, who would go on to become his creative partner, at a Stratford Westfield YouTuber Linkup.
AJ asked Deno to sing the chorus for his track 'Know Me' and when they came to record the video at Stratford, there were so many fans congregating after seeing Deno post on social media that the police wouldn't let him in. "It was rammed! So the whole video was filmed with us walking away from Westfield" he says. Soon the video hit a million views on YouTube, which he notes "was a big deal back then." They recorded another song with singer Timbo, 'How We Do', and soon the pair were signed by Sony Columbia UK. They started doing shows more consistently and at a rising level of exposure, like opening up for Migos at Indigo2.

Throughout 2017 Deno says the fluid afro-wave scene he is now firmly a part of was still developing. "The scene wasn't established yet. J Hus, Not3s, Mostack were starting to blow. Soon B Young and Ramz came out too. Me and AJ were just working that year, exploring our sound." At the end of the year Chris Brown - a big source of inspiration for Deno growing up, alongside the likes of Drake, Ed Sheeran and WSTRN, who he lists as other major influences on his singing style - shared a video of him singing on Twitter.

In early 2018, Deno tried his first hand at acting by appearing on Idris Elba's show 'In The Long Run', showing his versatility as a creative talent. During the same time the producer crew Da Beatfreakz messaged him and AJ. By collaborating with EO, they made the song 'London', and called up local videographer Suave to put together a music video shot in different ends to show the grittier sides of London.
It hit 1 million views [on YouTube] within days, and now sits on over 5 million views. "It was our first track that charted, too peaking at number 45" Deno says. London brought the pair much more attention from the rest of the British music scene, and this was perhaps best represented in the summer of 2018 when DJ Semtex brought them out at London's Wireless festival.

"We'd matured" Deno says about his most recent stage of development as an artist. "It wasn't forced. Last year we went to the studio and we made what we sounded good. We didn't just make tracks for the sake of it like we did at the start. Everyone started to like the raw energy. Then in August I did 'Next Up?'" - the freestyle series on YouTube channel Mixtape Madness, typically reserved for rappers - "where I talked about similar things to other people who've gone on there, real life, but I talk about them in a more positive way, singing." It showed more than ever that Deno can be just as deep and reflective in his lyricism as he can be catchy and melodic with his voice. The video sits on over 5 million views: a significant feat that has nonetheless become something of a norm for the young star, before he's even left school.

Deno had met Rapman at Wireless, and at the end of the summer in 2018 the rapper-director got in touch. "Everyone knows about Rapman and Shiro's Story! He said he had a character for me, called Bailey." Deno's entrance as Bailey at the climax of the series has become an iconic scene of online storytelling. "Filming for that is where I met Cadet for the first time. When we were waiting on set Cadet suggested we do an Insta freestyle, back-to-back. The whole idea was for us to have a conversation; him be the older and me be the younger, and have him giving me advice. The next day we dropped the freestyle. Dele Alli shared it, it got a lot of positive attention, people were loving it" he says excitedly. "A couple of days later, Cadet said let's turn it into a track" he continues. So Deno went to meet Cadet at the studio, where they recorded both the song 'Advice' and the video at the same time, on one evening!" The video dropped the next day and got over 300,000 YouTube views in 24 hours. It now sits at over 16 million.

Since then, 'Advice' has remained in the charts for many weeks, working its way up over time to 27 at the time of writing. It remains featured on several radio playlists. "This was the first time I'd done something independently as an artist" he says. Soon he was charting yet again with his Da Beatfreakz, AJ, Swarmz and Cadet collaboration 'Pumpy', meaning by the end of 2018 he had multiple songs in the charts and circulating on radio play.

"Now I'm going for more of a solo approach" Deno says, looking ahead to an exciting 2019 full of inevitable continued growth and a trend-setting presence in the music industry, in acting, and across social media channels. He is working with Sony on a new EP whilst continuing to develop his sound, which although ought not to be limited to one style he says contains hints of "afro wave, trap soul, with a gritty quality, too." 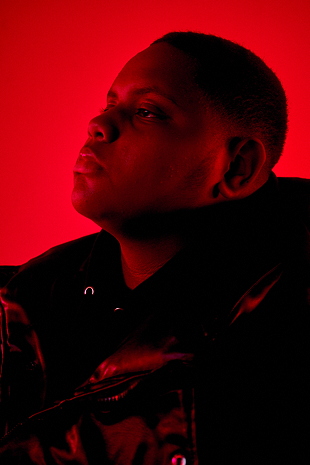