The music of Jake Stanczak, better known as American producer and DJ, Kill the Noise, was born out of an era where Ridley Scott imagined utopian futures on the silver screen, and artists like NIN and Aphex Twin rocked MTV.

After channeling the influences of his youth through over a decades' worth of forward d-riven electronic releases (Roots, Kill Kill Kill, Black Magic), and charismatic live shows (Coachella, EDC Lollapalooza), the name 'Kill the Noise' has become synonymous with some of the leading acts in dance music - getting creative in the studio with the likes of Tommy Trash, Deadmau5 and Skrillex - and as 2016 unfolds, he will be unveiling new material and top notch videos (KTN is 2 time MTV Video Music Award winner).

Having scored music for 'Ninja Turtles - Mutant Ninja Turtles' ('Shell Shocked' was certified gold) and 'Zoolander 2', and fresh off the release of his first full-length album 'Occult Classic' (which included collaborations with Dillon Francis, AWOLNATION, Tommy Trash and more), KTN is more driven than ever to push forward on all platforms of audio and visual collaboration. 2016 can expect to find him, as always, releasing new productions of the highest caliber and performing at the top clubs and festivals throughout the world. 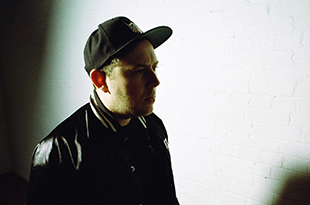