Pretty much everyone in Britain can tell you where they were the night of the 2012 Olympics' opening ceremony. But only one person can say they were onstage in a specially-made 'E3' baseball jacket singing "Bonkers" to a TV audience estimated at nine hundred million.

"I was ready for the actual performance, so I just enjoyed it", Dizzee Rascal remembers. "But it was before, when they let the crowd in for the first dress rehearsal, that really got to me. It was the biggest production I'd ever seen in my life, and when I saw everything all together - the Mary Poppins, the Harry Potter shit - and realised that I fitted into it, I nearly cried. Swear to God. Generally, I'm just living my life, but that was one of those moments when you have to take a step back and think 'Fucking Hell! I only grew up just over the road, and now this is happening".

The question of what to do next after a moment when your talent, charisma and hard work have put you smack back in the middle of the biggest possible spotlight does not seem to have given Dizzee Rascal too much trouble.

"If my last record was dipping my foot into the swimming pool of happiness", he explains of his forthcoming fifth album - pithily entitled 'The Fifth' - "this one is fully going for a swim - backstroke, butterfly, in every way... not just doggie-paddle".
With musical backdrops ranging from dub-step to New York house and dancehall to moombahton, and a heavyweight cast of vocal and production cameos stretching from the kings of Houston Bun B and Trae the Truth to up-and-coming British r'n'b crooner Angel, via Will.i.Am and Robbie Williams, 'The Fifth' could hardly be making a bigger summer splash.

It's hard to believe ten years have now passed since Dizzee Rascal's Mercury Prize - winning debut album 'Boy In Da Corner' set fire to the UK Garage and Brit-rap rulebooks to leave listeners basking blissfully in the toxic fumes. Perhaps even more surprisingly, it's five since he established a new template for crossover success with 'Dance Wiv Me' - the Calvin Harris collaboration Dizzee had to re-activate his own Dirtee Stank imprint to take to number one because the record label which brought the world Adele thought it was "too commercial".

In the intervening half decade, any number of young UK pretenders have followed Dizzee through the hole he smashed in British pop's glass ceiling. And now their long wait for a new lead to follow is finally over. For his next trick, Dizzee has flipped his own script, forsaking the familiar comforts of his South London studio for a walk on the wild side through the platinum disc-lined hallways of the best producers on the planet.

'The Fifth', Dizzee's first album since signing a multi-million pound worldwide deal with Universal, forsakes the UK urban comfort zone by putting together "a crack team of experts" on a 'Dirty Dozen' - style mission highly possible to "go for the global jugular". Looming large alongside notable contributions from Rihanna and Chris Brown veterans Warren Okay 'Oak' Felder and Andrew 'Pop' Wansell, not to mention Madonna's hook-scientist of choice Jean-Baptiste Kouame, are four tracks recorded with RedOne (the all-conquering Swedish / Moroccan production house that gave the world Lady Gaga's 'Poker Face', J-Lo's 'On The Floor' and Nicki Minaj's 'Starships' to name but three).

"I know it sounds cheesy", Dizzee admits, "but I love that whole clique, and I'm so grateful I got the chance to work with them. I say 'work', but it felt like a pleasure - everything happened so fast and everyone was so professional. There were no egos on display, just cool people vibing off each other and getting shit done".

Amongst the shit that got done was monster didgeridoo power-ballad 'Heart Like A Warrior'; the old-fashioned chivalric pas-de-deux of 'Arse Like That' (featuring Sean Kingston); 'Love This Town's emotional tribute to the city Dizzee still calls home (which received a response described by festival veterans as "Way beyond the kebab van huge" on its first live outing at recent outdoor shows in New Zealand - and that was to an audience that hadn't even heard it before... and didn't live in London); and 'We Don't Play Around,' a saucy piece of business featuring Jessie J.

'The Fifth''s numerous other highlights include a brazenly indie-tinged head to head with Robbie Williams on 'Goin' Crazy', whose video brings together these two masters of that particular art in a spectacular 'Quadrophenia' reboot on pimped out scooters, and a suitably banging reunion with the newly dapper Calvin Harris on 'Near 2 China'. "I didn't even recognise Calvin at first when I first saw him again", Dizzee chuckles "he's certainly switched up his personal style a bit".

For all the numerous star names who make a contribution, there's never any doubt about whose album this is, and where his roots are. After celebrating his run of 5 UK number ones by moving to Miami - by his own admission he was "an over-achiever who could really do with a breather" - Dizzee found a transatlantic existence made him more confident in where he came from, not less.

"You start off with a bit of a complex about being a British rapper", he explains. "But actually living in America let me know that it's OK to be different - there are parts of their whole thing that don't apply to me, and that's not a problem, it's something I can capitalise on".

Even the new album's title cocks a cheeky cockney snook at the hip-hop motherland. As every self-respecting American gangster knows, 'The Fifth' amendment is the right not to say anything that's going to incriminate you. "Obviously if I took that literally," Dizzee notes, "it'd have to be an instrumental album".

Happily, the man Jeremy Paxman once called Mr Rascal has still got plenty to say, and 'The Fifth' features some of the most accomplished flows of his career. Don't go looking for too many hidden messages though, as this album's all-inclusive sense of joy is the polar opposite to 'Boy in Da Corner's lethal introspection. Time remains for just two thoughts for the day from the minister of dirty stinking bass:
"It's amazing what you can achieve when you pull your finger out" and "All the bottles are empty, 'cos we drunk it... mission accomplished". 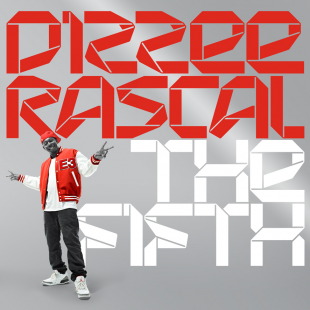