Eric Ghoste has been releasing music as Ghostemane since 2014. As the project’s sole architect, Ghoste has created a singular canon of extreme music, incorporating elements of industrial, hardcore, acoustic, southern “phonk” rap, and experimental genres. With every album, Ghoste has grown as a producer, writer, and performer, blending his influences with increasing fluidity and ambition. His 2018 album N/O/I/S/E marked his most aggressive, advanced work yet, setting the table for his most anticipated album to date: ANTI-ICON. Dropped November 2020, ANTI-ICON is the culmination of Ghoste’s musical mutations, the personal sonic statement he’s been building towards his entire career. 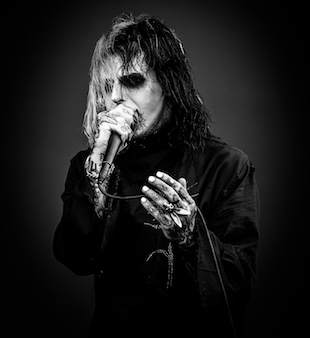