Hollow Hand is the psych-folk project of Max Kinghorn-Mills, based in Brighton.
The music is recorded at 'Cosmic Ocean', the band's rehearsal space.

After gathering the talents and limited equipment of 4 like-minded friends, the band were able to record their first album; 'Ancestral Lands' which was released on limited cassette via US label Ongakubaka Records in January 2016.

Gold Flake Paint had the following to say about the band's debut effort "Ancestral Lands, is the consummate time-travel companion. Anyone game for getting deliciously lost in a strange landscape will reel with the twists and turns of the properly coherent body of songs possessing that rare quality: longterm listenability".

The band have just finished their second album, 'Star Chamber'. 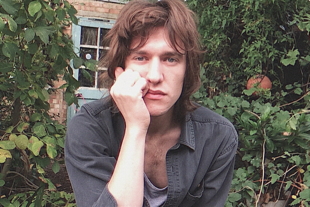