Bouff Daddy, Juju J, Hustler, Hitman Likman. Lead Militarian of the Jamba Boys. The Fisherman, The Farda. He goes by many names, but there is only one J Hus.

In 2017, J Hus played two sold-out headline UK Tours including his debut London headline show at Brixton Academy. Since then, he has feature on multiple festival bills including Reading and Leeds, Glastonbury, Wireless, Lovebox and Afro Nation.

A true homegrown star with global appeal - the man born Momodou Jallow rocketed from SB:TV to GQ cover star, east London to the O2 Arena, with the mega success of his 2017 debut album 'Common Sense'. Delivered with Hus' inimitable charisma, the album's eclectic voyage into the world of dancehall, rap, afrobeat and grime inaugurated the then 21 year-old as the voice of young black Britain.

J Hus' debut album, 'Common Sense', was nominated for the prestigious Mercury Music Prize - the album of the year 2017, hit the UK album charts at #6 in May of the same year, spent 3 consecutive weeks in the top 10, and a further 20 weeks in the top 25. Hus also picked up 3 BRIT Award nominations for British Album, British Breakthrough Act and British Single for 'Did You See' (the lead single from the album).

'Did You See', which peaked at #9 in the UK Official Chart, is now certified double platinum in the UK with sales exceeding 1.2m to date, streams exceeding 150m globally and YouTube views on the official video of over 70m.

After a well-documented fall from grace that included a stint in prison in early 2019, Hus was welcomed home in the most epic way possible - in front of a home crowd of 20,000 screaming fans onstage at Drake's show at the 02 Arena in London. His recent 2019 collaborations with Skepta, Stormzy and Dave have since kept his presence hot and his seat warm at the table of UK music's upper echelon. Having inspired a generation of diaspora teens to 'Lean & Bop', cementing a new wave of festival bookings, Hus is the prescient top boy of the charts, the dance and the streets.

Bringing together some of the most significant names in global music and masterful, career best production from close collaborators Jae5, Levi Lennox, iO who are all represented by 2k management, plus with the addition of TobiShyBoy (and others), 'Big Conspiracy' establishes Hus as a cross territory leader. A king of the underdogs, who, across fourteen songs, dispenses with a reflective, lyrically sharp mission brief on himself, his state of mind and his navigational map for prevailing in a game of rigged odds. 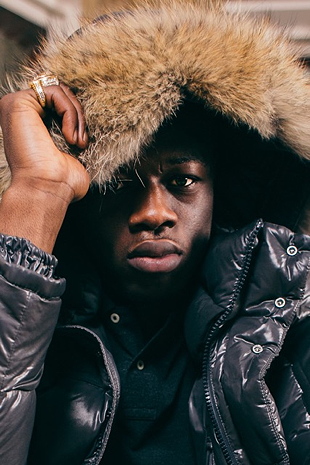