East London’s Lancey Foux is a staple of the global underground rap scene.

Born and raised in Plaistow, Newham, he recorded his first song in 2015, and has been addicted to studio life ever since. That first session came about by accident, when he and his cousin passed through a local studio to link with some associates who were investing in a new artist. With the fruitless session was reaching its twelfth hour, Lancey stepped up, “Fuck it man, let me record something.” He left with two original songs and was hooked: “I went back home and from there I got fascinated just hearing myself,” he remembers. “I wanted to know how far I could go with this, how sick I could become at it. It just felt like it was my own thing.”

Although Lancey hadn’t recorded anything before that point, music had always surrounded his life: his dad was a DJ who played Congolese Lingala music and would take him to gigs; he’d freestyle with his friends on the street when he was bored; he vividly remembers picking up a copy of 50 Cent’s classic debut Get Rich or Die Tryin’ at Whitechapel market after football practice one Sunday afternoon (“I got stuck listening for a week straight!”); and his older cousin had a reputation for street freestyles (“He was so good that one time I learned all of his bars, top to bottom.”)

Even after engaging in music himself, Lancey still wasn’t concerned with a rap career. When he got kicked out of college he started attending a studio where he’d pay for £25 an hour to run through beats that were supplied by the engineer or sent to him on Soundcloud - recording an average of five songs a day. He’d upload some of these then take them down days - or even hours - later when he was no longer in the mood to share. “The more attention I got, the less I would show myself,” he explains of his maverick sensibility. “Everyone goes left, I just want to go right. I never really want to do what everyone’s doing.”

Lancey released his debut mixtape, PINK, after just three months of making music, to early praise from critics and tastemakers. The tape helped him to see music as an alternative to the negativity that was surrounding his life at the time: “Before I made music, anything that these drill rappers are rapping about, that was really my life. I was in there and I did everything I could to not be there,” he explains. “I knew what I wanted to be: I wanted to be rich, I wanted to live like a prince. When music came along it was a no brainer. It came to me probably many times before and I didn’t realise, but this time it came for real.”

Powered by his commendable work ethic Lancey has since remained prolific with two more mixtapes and collab projects with his collective Cultcaine and producer NYGE. In the Summer of 2018 he released PINK II, which includes the Skepta-assisted ‘Dyed 2WICE’, and that Winter joined the North London icon on his 14 date SK LEVEL European tour. The following May, Lancey appeared on ‘Animal Instinct’ off Skepta’s Ignorance Is Bliss, and also became the first UK artist to perform at world renowned US rap festival Rolling Loud playing a set at their Miami edition.

In December 2019, Lancey released the self-reflective Friend or Foux - an ambitious 20 track collection that boasted far-ranging features from alternative singer-songwriters like Bakar and Clairo to grime veterans Skepta and Chip. Just two weeks later he sold out his first headline show at O2 Academy Islington.

Lancey has recorded at studios in New York, Paris and Atlanta with the likes of Playboi Carti, Lil Yachty and Take A Daytrip, and believes that there’s an osmosis in his collaborative process that attracts other artists. “It’s a real brotherhood with the artists I work with,” he explains, adding that he wants to empower others in pushing their originality to the fore. “I always want to stay different, and help other people to be different. Most of my music is about being fearless, having your swag and being strong.”

His influence also extends to fashion, and off the strength of his unique “trap-punk” aesthetic, Lancey has modelled for Jordan, A-COLD-WALL*, Givenchy, MISBHV, Trapstar and Naomi Campbell’s 2019 Fashion for Relief Gala. His cult-like following intersects a who’s who of names from across sports, fashion and music, including Hector Bellerin, Virgil Abloh, Wizkid, Trippie Redd, Sheck Wes and slowthai.

For some time now Lancey has had the title Life In Hell in mind, and while he intended to drop a mixtape earlier this year to follow Friend or Foux, the world had other plans for him and he found himself in album mode. “Going through quarantine and watching the news everyday, I just said to myself, ‘There’s nothing more fitting than Life In Hell - because this is it, we’re in it,” he explains. While some of the songs that make the album were recorded as long as two years ago, Lancey operates on his own time when it comes to creating: “I live in my world and then at certain times it’s time for certain things to activate.”

‘POISON’s video - directed by Olivia Rose - introduces a new purple-skinned character for Lancey, who has taken on different forms to reflect the eras of his musical journey so far. His exploration of personas was inspired by icons like David Bowie, Michael Jackson and Prince. “Every time they had a different message to bring, they become a new person,” Lancey explains. “With this character now, I’m a new being. I’m in a whole different state. I’m on a new world.”

The majority of Life In Hell was produced by Jay Trench - alongside additional production from Bynx, Big Emergency and Lancey himself - and sees Lancey bringing listeners into a surreal environment where they can reflect on and digest the very real threats that are posed to our everyday lives. As he puts it: “Friend or Foux is like looking in the mirror, and Life In Hell is like having the mirror removed and you’re on the cliff and its real life. If you take the wrong step you can fall. Life In Hell is about living in your fears instead of living in fear.” 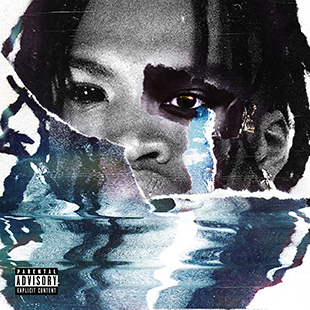