For years, Jazz Butler has consistently remained an innovator of alternative hip-hop. Best known as Lil Tracy, Butler has also gained acclaim for his music under various names including Yung Bruh, Souljawitch, Tracy Minajj, and others. As a former member of Thraxxhouse and GothBoiClique, Tracy has become renowned for his ability to fuse trap with emo, punk, and alternative music.

As the son of Ishmael Butler (Digable Planets, Shabazz Palaces) and Coko Clemons (SWV), Tracy was exposed to hip-hop from a young age. Having grown up primarily in Virginia Beach, his career began to take particularly take off after relocating to LA. Having worked extensively with the late Lil Peep during this time, as a duo the two released various hit singles, as well as their collaborative EPs 'Castles' and 'Castles II.' With a broad discography dating back to 2013, Tracy has put out popular solo projects including 'Sinner,' 'Tracy's Manga,' 'XOXO,' and 'Life of a Popstar.' He achieved viral success with his single 'Like a Farmer,' which attracted the attention of Lil Uzi Vert for a remix.

After dealing with loss and his own near-death experience, Tracy heads into the future with a newfound approach. Recently coming off his headlining North American 'Goth Cowboy' tour, listeners eagerly await Tracy's album 'Anarchy' as well as his upcoming mixtape 'Designer Talk 2.' 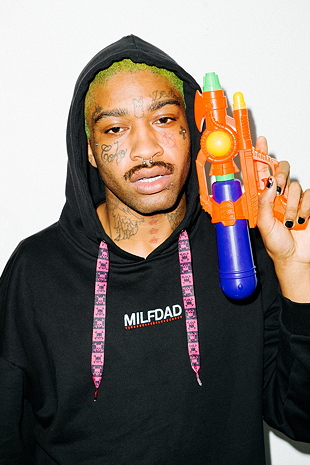