MAVERICK SABRE has announced his third album as 'WHEN I WAKE UP' released March 2019, supported by his IRELAND + UK headline tour.
Independently released, the new record is an acutely personal and poignant body of work from the respected songwriter and artist and includes powerful features from JORJA SMITH and CHRONIXX.

Emotive second single 'HER GRACE' ft Grammy nominated artist Chronixx premiered earlier this week as a 'MISTAJAM' JAM HOT' and the new video, debuted by NOTION is a haunting, arresting piece of film exploring the narrative around domestic abuse;

Speaking on the video, Mav quotes; "With each of the videos for this album I've wanted to tell strong, emotive stories that carry across the feeling and message of the song. Her Grace is about the unspoken unheard struggles of women that go unnoticed in society and this video feels like a glimpse into an inner battle within that."

Shaun Grace, the director quotes;
"When the opportunity arose to work on something powerful with Mav I couldn't say no. I wanted to explore the day to day emotional and physical endurance needed to cope with domestic abuse and also the deeper, continuing cycles of conflict that affect both the abused and the abusers."

"I made the choice to cast my baby within this film as I knew how to get the reactions I needed from her comfortably. Even though I've watched it dozens of times in the post process, that final shot of the baby in the bathroom leaves me wondering what their future holds"

Following the album release on March 22nd, MAV will head out on his first headline tour in five years. 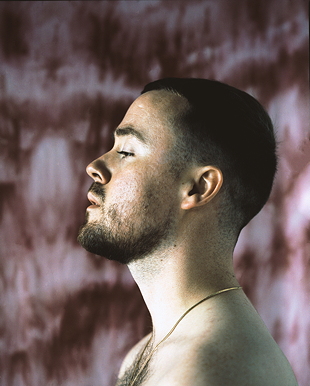