Apashe is a 27-year-old electronic music producer from Brussels, now based in Montreal. Since signing to Kannibalen Records in 2011, he's released a steady stream of bass-heavy anthems that showcase his ground-breaking sound design and expert sampling. His hybrid style can shift its appearance as seen through projects like the 'Requiem' EP that has garnered over 20 million streams on Spotify. Apashe's music has gained international recognition with top 3 appearances on iTunes singles chart in Russia with his viral song 'No Twerk', and placement in several adidas ad campaigns with 'Battle Royale'.

Apashe also distinguishes himself with his unique live performance in which he recreates his tracks alongside a full arsenal of unreleased edits, as well as his batch of official remixes and originals. He has toured around the world over the years, including stops in Europe, Australia, Asia and North America with his own headlining tours, as well as played festivals like Electric Forest, Tomorrowland, Igloofest, ADE, Nocturnal Wonderland and more.

Apashe is the most successful Kannibalen artist in regards to music sales and licensing, as he has seen partnerships with the likes of Marvel, Netflix, NBA, T-Mobile, adidas, Budweiser, HBO, Sony, UFC, MTV and more including Hollywood trailer like 'Fast & Furious: Hobbes and Shaw', 'Kingsmen II' and 'John Wick II'. With these placements, along with his continued support from music publications and international touring recognition, Apashe has managed to gain over 100 million Spotify streams. 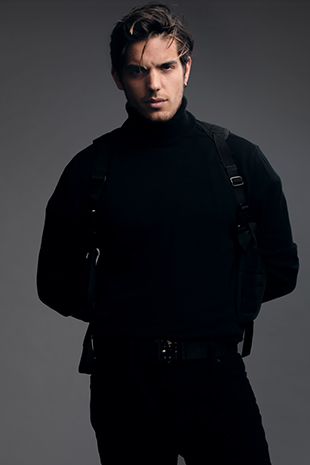