Joining Ned's Atomic Dustbin on December 1st are those splendid indie-rock-funksters from Leeds CUD, plus stalwart Irish alt-rockers The Frank & Walters and, not content to settle with two of the finest examples of 90s indie, a certain Mr Steve Lamacq has decided to attend to ensure that the gaps in between bands are filled with the absolute cream of 90s indie hits with a seminal DJ set.

It's almost as if Ned's Atomic Tardis has landed in 1991 and picked up some unsuspecting indie-rock legends then dropped them off in 2012 for the party of all parties!

Ned's are not a band that like to keep all the fun to themselves - they like their shows to take on the role of an indie-school-reunion so they've filled the bill to bursting this December to make their Civic Hall show a massive occasion.

Back in 1991, when Ned's Atomic Dustbin were building a reputation for storming gigs and hit records across the globe while capturing it all on Super 8 as they went, Britain's finest indie-rock heroes were ploughing their very own furrow and planting the seeds that would very soon flourish into the bumper crop of national musical pride that was Brit Pop.

Observing that tide of indie talent and partaking of it's refreshing waters were a crowd of very discerning journalists, many of whose names were later to rank amongst the most respected indie music aficionada of today, and of these names perhaps Steve Lamacq is the most revered of all.

The film that got made out of the weeks and months of Super 8 Ned footage was called 'Nothing Is Cool', it shot straight to no.1 in the video charts at the height of the bands fame and now the film is getting its long overdue release on DVD. That release will be celebrated at Wolves Civic, where Neds will play the track list of the film in order.

It's no accident that Steve Lamacq is the chosen special guest DJ for this show... Steve was present at the Wolves Civic gig in 1991 where most of the live footage for 'Nothing Is Cool' was filmed. A jobbing NME live reviewer at the time, Steve took an express train in the pouring rain from London to see the show in even stormier Wolverhampton, only to find on exiting the show that the rain had turned to snow and the streets had become one huge snowdrift. Steve, along with the multitudes of Neds fans who had traveled from all corners of the globe, found himself stranded with no accommodation and, worse still, no money for fags and booze.
Neds fans to the rescue! As Steve will tell you, his stay in snowy Wolverhampton was made so much better by the generosity of his fellow captives who kept him well supplied with the necessaries until he finally got on a train back to The Smoke.

So Ned's may say 'Nothing Is Cool' but, to many fans and famous DJs alike, the freezing cold streets of Wolverhampton in 1991 still mean a great deal more than nothing! 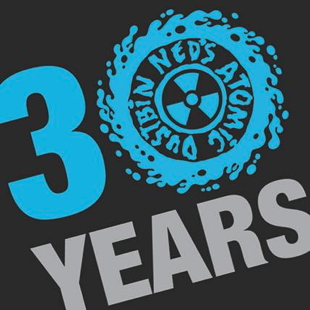