The Vision: To explore the outer edges and capabilities of electronic musicality without compromise, to turn sound design into an art and aspire to make records that sound like no one or nothing else.

United by a shared passion for progression, technical innovation and ruthless quality control (plus large amounts of gaming, hip-hop and humour) Nik Roos, Martijn van Sonderen and Thijs de Vlieger have worked together since leaving school. Within two years of their 2003 debut release they d already appeared on some of the most agenda-setting labels in drum & bass: Moving Shadow, Subtitles, Renegade Hardware, Shogun, Ram and many more. But even then they had no idea how successful their partnership would be.

A decade deeper: From their drum & bass roots they ve proceeded to stamp all over the musical map to become one of the most established and uncompromised acts in electronic music. From their unique, custom-built floating triple-studio complex in Groningen, they've created benchmark productions, established three respected labels (Vision, Division, Invisible), remixed rave titans such as The Prodigy and Skrillex, curated their own Noisia Invites festival and scored games such as 'Devil May Cry' and 'Counter Strike' and music for movies such as 'The Man From U.N.C.L.E.' and 'Transformers 3'.

To really understand where they re coming from, what makes them tick and how their unique three-headed machine works visit one of their Noisia Invites shows. A place where the trio hold court, bouncing off the sonic chaos of guests from Gaslamp Killer to Teddy Killerz. Or lock into a Noisia Radio show where each show reflects their humour, the wider and more experimental tastes that they can't express in their sets.

New limits set both in the studio and on stage, the outer edges have been established... Only to reveal even further targets in the vision's distance. The uncompromised explorations continue. 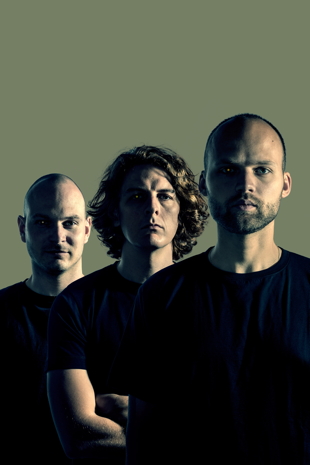