Born in Southport, Merseyside and now residing in London, OhEm has always been interested in boundary-breaking pop. Whilst at music school at 17 years old she was already writing and singing k-pop, leading her to write for k-pop cult favourites Loona on their debut album earning number 1 albums worldwide and an EMA for Best Korean Act. 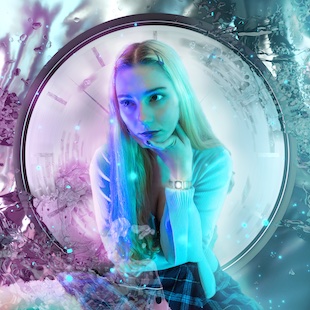