Nearly a decade ago, Rusko demanded the world to wake the fuck up, and it did. Now he's back to push the envelope further and prove that the UK sound that made him iconic is, as powerful now as it was then.

The UK-born DJ/Producer and graduate of the Leeds College of Music pioneered the rise of dubstep, transforming it from an underground genre in urban London to an international phenomenon stretching from the UK to the US and beyond. Rusko's gritty, genre-defining single 'Cockney Thug', as well as FabricLive.37, his debut collaboration album with fellow electronic heavyweight Caspa, is considered crucial to popularizing the iconic wobble of dubstep. His first solo album 'O.M.G.!', was largely produced on the road in 2010, with Rusko cutting tracks by day, and testing them on living, breathing dance floors by night.

Rusko continues to be a unique buoy in a sea of generic, overly aggressive bass music which has largely abandoned its groove-based UK origins. Time and time again, his versatility shines through an expansive canon of music that includes definitive solo projects, collabs with legends like Cypress Hill, production for M.I.A and remixes for the likes of everyone from Lady Gaga to Kid Sister to Sub Focus. 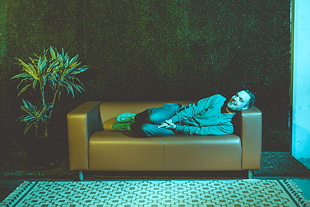