Glasgow based Producer/DJ S-Type aka Bobby Perman has been LuckyMe's secret weapon for years - releasing 3 solo EPs with them to date. Since then he has been busy with co-production credits alongside Baauer, Hudson Mohawke and Lunice - A film series with Sam de Jong for Cadillac - three years of soundtracking Astrid Andersen's fashion shows and lots of BTS work producing for your favourite rappers.

2018 has been no less busy - the 'Vibrate' single for Allan Kingdom - his own 'Tellin Em' banger with Young Thug and his first season of OS-T weekly track giveaways as well as club focused collaborations alongside underground legends Murlo and Inkke. With such an ear for forward thinking electronic hiphop production he is well known for his incendiary dj sets full of upfront exclusives from himself and the crew. 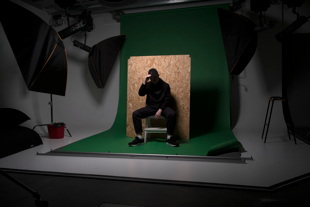