Four years have gone by since her debut album and Selah Sue might not be over her demons but she's at least harnessed them to compose the songs of 'Reason', gorged with energy, light and emotion. These songs sweep you over from the first bars, coming from an artist who's at once full of life and full of scars, who always seems to be one with her guitar. "Success hasn't healed my wounds", she says. "Nothing has really changed. It's a journey, a battle that will last my entire life".

Fluttering between waves of electro-soul, trip hop languor and cascades of house beats, Selah Sue finds her true musical identity in 'Reason'. "It's an equation with many variables", she says. It's also a perfect balance that she looked for in several recording studios, mainly in Belgium, but also in London, Jamaica and Los Angeles, with two seasoned producers, the Dane Robin Hannibal (Little Dragon, Kendrick Lamar) and the Swede Ludwig Goransson, known for his work with pop trio HAIM and American rapper Childish Gambino. Selah Sue co-wrote and recorded 'Together' with the latter, a radiant hip hop declaration of love, enveloped with urban percussion and dotted synths. "We wrote this track in a few hours, in Los Angeles. It's my first love song. The melody came straight from my gut. Childish Gambino brought the beats and the off-kilter rhythm in the singing". 'Fear Nothing', another trip hop infused song was composed and produced by Matt Schwartz in London, the London songwriter and DJ who previously co-wrote 'Dissolved Girl' with Massive Attack. "I realized for the first time how much a producer could help me assemble the kaleidoscope of sounds I have in my head", explains Selah Sue. "Ludwig allowed me to move towards a more experimental style, electronic, aggressive and danceable.
As in 'Falling Out', with its rhythmic drum&bass and underground atmosphere; one of my favorites on the album".

For his part, Robin Hannibal enriched Selah Sue's sound palette with his modern take on Afro-American music, while preserving the abrupt and raw beauty of her acoustic ballads. "I didn't want to lose the immediate and uncluttered quality of my songs, but I wanted them to be more elaborate, more ethereal also. I didn't want my voice to be alone anymore".

'I Won't Go for More' and 'Reason' are altogether an echo of the Selah Sue we knew, constructing beautiful melodies on her Taylor acoustic guitar, and of a singer with a voice elevated by Motown backing-vocals, string arrangements and tempos that go from funk to jazz to bossa nova. On the dreamy 'Always Home', produced in collaboration with her two producers, Selah Sue impresses with her vocal virtuosity, stretching notes, recalling the sweetness of 'The Girl From Ipanema', then flying to perilous harmonic extents, never afraid to fall.

"I spoke to my melancholy and told it I wasn't ignoring it, but that I also felt like dancing. It's welcome to do it with me". When you lend your ear to the very 80's disco 'Alone', composed in Los Angeles in 2012, the night Whitney Houston died, you can just picture Selah Sue on stage, with her endless need to share her feelings, determined and authentic. Like a mirror reflection, 'Sadness', written and produced in Jamaica with producer Troy Taylor (Whitney Houston, Aretha Franklin), recalls the great era of soul music, with Marvin Gaye and Diana Ross as guardian angels. A sensual and shimmering ballad sung with the scratchy voice of a black diva, interrupted by an unexpected and poignant ragamuffin break, digging the grove of a musical melting pot between eras and styles giving 'Reason'' all its power.

An extraordinary unity emerges from this sonic patchwork, thanks to the architectural rigor of the compositions and to the intangible feeling that they emerged from an improvised late-night jam session. "I do everything instinctively, I'm not a musical expert, but I can hear a song once and I can sing it back, with all its nuances, even twenty years later". Faithfull to her audience, to her band, to herself and her unquenchable thirst for music, Selah Sue manages to convey, with shimmery textures, her feelings of light and dark that find an echo in each of us. She doesn't compromise, her heart stark naked, unsettling, bewitching. With her, even flowers aren't ingenuous. 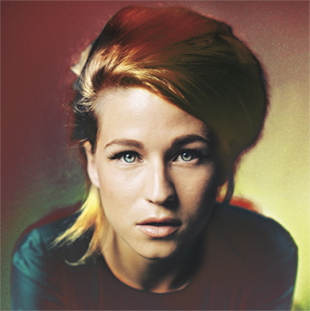