Perez found his rise to fame in drum'n'bass, releasing on Shogun Audio and Exit Records amongst many other labels and collaborating with the foremost names in dance and electronic music including Noisia, Foreign Beggars, dBridge, and many more.

Eprom gained his well-deserved success through his innovative take on bass music, a unique sound that has the likes of Gaslamp Killer, Kutmah and D-Styles singing his praises and supporting his music.

Aware of each other's music for some time before meeting, Perez and Eprom first crossed paths at the 2013/2014 Northern Bass festival in New Zealand. The following summer they met again at the Red Bull Studios LA producing the Foreign Beggars' 'Modus' EP. This initial studio session led to further collaborations and SHADES was born.

XLR8R have rightly said "music that's not only a legitimate full-frontal assault in the same vein as tunes from that golden era of gluttonous bass and synths, but that embraces that ethos while giving it a more polished feel".

In August this year they completed a North American tour including a performance at Low End Theory Festival in Los Angeles, playing alongside the likes of Flying Lotus, Earl Sweatshirt, Gaslamp Killer and Thundercat.

SHADES' subsequent European tour saw them share the stage with Noisia, Kutmah, dBridge and Gaslamp Killer twice more before jetting off to Australia and New Zealand in November.

The duo has already created another album's worth of music, and will certainly be changing the musical landscape in the very near future. 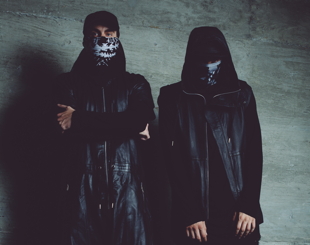