Steve Lamacq is a DJ and journalist who has more than 25 years experience in the music industry.

In a career which has included stints at the New Musical Express, Radio 1 and his current home BBC 6Music, he has gained a reputation for championing new bands to success, while interviewing some of alt-rock's biggest names.

His instinct for turning up new talent was nurtured at NME where he was the first writer to interview (among others) Blur, Ride and Teenage Fanclub. He also became a well known face on the gig circuit, touring the country with bands like Carter USM, Ned's Atomic Dustbin and the Mega City 4. During one especially frantic year, he clocked up 197 gigs in 12 months.

After making his radio debut at London pirate station Q102, Steve joined Radio 1 at the end of 1993, co-presenting the illustrious 'Evening Session' with Jo Whiley until 1997 and then solo until 2002, after which he concentrated on his weekly four-hour show 'Lamacq Live'.

At Radio 1, the 'Session' became the centre point for the burgeoning Britpop movement, featuring exclusive interviews with Blur, Pulp, Radiohead and one of the most bootlegged interviews ever with Oasis.

As the 90s progressed into the Noughties, the show supported a diverse array of music including Fatboy Slim, The Streets, The Strokes (who recorded their first ever session for Steve), Coldplay and The Libertines.

While still with Radio 1, Steve also joined 6Music in 2002 taking over the daily drivetime show in Spring 2005, where he mixes his love of music, old and new. It is currently the most listened to show on the network with nearly a million listeners each week.

He received the 'Special Achievement Award' in 2013 at the Sony Awards (radio's version of the Oscars). And a similar gong from the Association Of Independent Music in the same year.

He still loves playing records very loudly and is currently working on a one-man show. 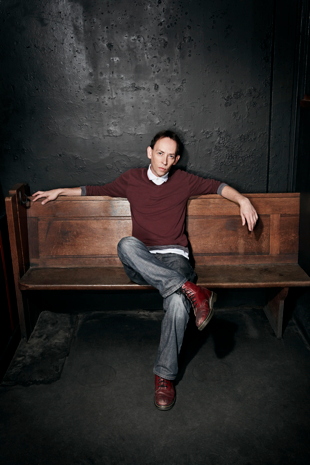