South East London based Vocalist & Rapper Swarmz who is signed to Black Butter Records is the architect behind the afro bashment/afro swing sound within the UK music scene. Powered by his melodic flows and catchy hooks he gives us British street trend with a Jamaican & Baijan twang.

His breakthrough single 'LYCA' went viral in 2018 and has accumulated over 24 million views on YouTube. The hitmaker is also famously known for bangers such as 'BALLY' and 'MOJO JOJO', he has also featured on many smash hits including the 'KEISHA & BECKY REMIX' by Russ & Tion Wayne along with Aitch, Jay1 and Sav'O, as well as 'PUMPY' by DaBeatFreakz along with Deno, Cadet and AJ just to name a few.

Swarmz is set to be the next big thing to infiltrate and takeover the global music scene as he gives us nothing but versatility and creativity, watch this space! 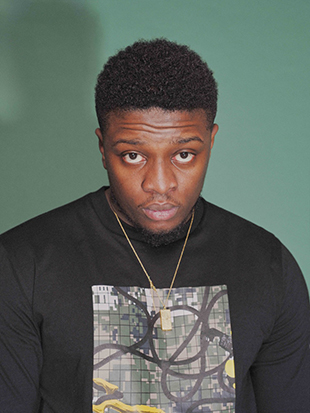