The September of 1988 came something sparse and self- contained: 'Ancient Heart', the self-written debut album by a just- turned-19-year-old. That was 30 years ago this year and Tikaram has just released a special anniversary edition on clear vinyl and CD through Music On Vinyl & CD / Warners on 7th December to great demand and critical acclaim once again.

'Ancient Heart' was an autumnal record comprised of non-rock instruments such as oboe and flugelhorn, and, at its centre, a dark, torchy voice that belied Tanita Tikaram's youth. An album so stark and melancholy was an anomaly, but one that sold 5 million copies and produced four chart singles. The first, 'Good Tradition', reached the Top 10, and the next, 'Twist in My Sobriety', has since been covered by a dozen artists, including a heady electronic take by Liza Minnelli. There were Top of the Pops appearances that year, an extensive tour, awards and a spell of smash hits.

She hadn't expected any of it - she had a place at Manchester University to study English and American Literature, and intended to go; then 'Good Tradition' became a hit and her future was rewritten as one of the most successful and discerning British voices of a generation.

Tikaram was a British singer-songwriter, daughter of an Indo-Fijian father and Malaysian mother, who years before Riot Grrl and Lilith Fair foregrounded women in music was writing her own records and being utterly true to herself.

Nearly 28 years later, her ninth studio album 'Closer to the People' released in 2016, established her once more as one the UK's most distinctive voices, with critical acclaim and a sell-out London Barbican show and European tour.

She has always taken lengthy breaks between records. After 'Ancient Heart' came three albums in quick succession - 'The Sweet Keeper' (1990), 'Everybody's Angel' (1991) and 'Eleven Kinds of Loneliness' (1992) - and then a long gap as she caught her breath. "When you start young you work intensely, and after that you start trying to find out who you are," she says. Each album since the early '90s has been deliberately followed by several years out of the spotlight. In between, she's lived a quietly industrious life in Italy, France and England, learning languages, practicing tai chi and writing songs.

The periods away from performing have conferred a cultish status, with reappraisals of her work that acknowledge its complexity. The sophistication of 1998's under-the-radar 'The Cappuccino Songs' is now lauded, while 2005's jazzy 'Sentimental' has been judged "a lost classic". Another underground gem, from 1996, is her interpretation of Lucio Battisti's 'E Penso a Te'. ('And I Think Of You'). It's one of her own favourites - a passionate Europhile, she wrote the English lyric, strengthening her connection to the Continent.

'Can't Go Back', released in 2012, was her first recent album in many years, and she was wondering whether she even wanted to be a songwriter.
It was the experience of being part of a band that made her decide she did.

'Closer To The People' followed and was her most musicianly yet, with songs influenced by Anita O'Day, Philip Glass and Thelonious Monk.

"I listen to so much more music now," she concludes. "The biggest revelation for me is creating as unified sound." Which she has indisputably done. "I'm not a very dramatic person, but I've got fire in me. A quiet fire."

Tanita is currently in the studio working on a new project. 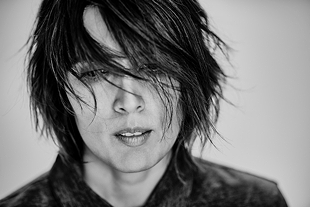