Born from a blurred phrase first uttered in an intoxicated voicememo sent off to Bladee in late 2017, 'Legendary Member' is what Thaiboy Digital maintains all of his life, every choice and every step, literally every single moment has come down to.

Ever since his infamous and disruptive deportation from Sweden in early 2015, Khon Kaen born and Stockholm raised Thaiboy Digital has inch by inch gotten the better of Bangkok, slowly working his way up from playing dim club shows in the citys frenzied underbelly to a 30th floor penthouse overlooking the ancient temple district of Rat Burana, casually dropping the eurotrance/trap hybrid EP 'S.O.S' and Bladee collaborative album 'AvP' about halfway up.

Steadily connected with the mythical Drain Gang, 'Legendary Member' was recorded in a handful of overheated sessions in Stockholm and London during Thaiboy's VISA regulated visits in the summer of 2018 together with producers GUD, Woesum and Whitearmor, featuring guest appearences from Ecco2k, Bladee and Yung Lean.

Running high on subdued feelings of ecstasy, triumph and glowing hopes of achieving something spectacular, 'Legendary Member' is a compact body of work, pastel coloured and glossy at a glance, gritty and melancholic upon closer inspection - fragile melodies and tones on the verge of decay sprinkled like sparkling dust and carefully stitched together with the oversaturated, dense basslines to create cute, menacing compositions seemingly fading in and out of consciousness.

Throughout the record, Thaiboy Digital is shifting through hypersensitive singing and liquid, cocky raps, his articulation swaying between tender pillow talk and careless semi-threats mimicking the sun and the moon, locked in a constant dance of light and darkness; hope and despair; love and loss.

Thaiboy Digital has come a long way since the critically acclaimed yet sonically rudimentary mixtape 'ส Tiger' in 2014, and with 'Legendary Member' he emerges as a fully fledged artist capable of inviting each and everybody in on a feverish, blissful ride showcasing iridescent fragments of rap musics future.

'Legendary Member' features artwork by Ecco2k, Bladee and Victor Svedberg, and will be released via YEAR0001 through all major streaming platforms on September 26th 2019. 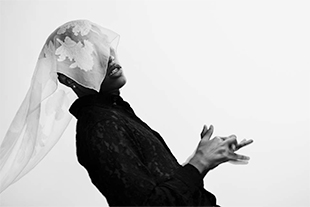