Formed from the West End cast of the Broadway musical "Beatlemania", The Bootleg Beatles' career began at a now long forgotten student's bash in Tiverton, Devon, UK on March 26th 1980 - almost ten years to the day since Paul McCartney announced the original's had split. Giving themselves six months to make or break it, the group signed up to the late Brian Epstein's NEMS agency. The new band's calendar slowly filled with a mix of all-night college balls and tough tours of the Working Men's Clubs of the North of England and Scotland - The Bootleg's Hamburg.

Cutting to 1982, the now firmly established B.B.'s were offered a six-week tour of The U.S.S.R., becoming the first western rock group ever to tour the Soviet Union. Almost true Beatle-like scenes of hysteria greeted the Bootleg's sold out concerts in Moscow and Leningrad. The world beckoned the group as they toured India, The Middle East, The Far East (playing to 18,000 fans at the Areneta Coliseum, Philippines) and in 1984, to the USA (leaving London on Pan Am flight 01A on the 7th February - exactly twenty years to the day after The Fab Four).

As the eighties wound down the world's first 'tribute' band were ready for a fresh challenge - the story had only just begun. Read on...

Ten years after the last curtain had fallen on 'Beatlemania' and the Bootlegs Beatles' odyssey had begun, their international reputation had grown immensely, mainly due to the band's many successful concert tours abroad. In the UK though, the band needed a new direction. A master plan was conceived to recreate, city by city, the Fab Four's final British tour ('65).

However, theatre bosses and promoters didn't warm to the concept, so the band took destiny into their own hands booking the nine-date tour themselves and the annual event that has become The Bootleg Beatles Christmas Tour was established. Within three years the tour had become 40 dates strong, including regular sell out performances at the London Palladium, The Liverpool Empire and The Albert Hall - venues The Beatles themselves had graced 30 years before.

Having seen the Bootlegs' storming set at the '94 Glastonbury Festival, Brit Pop band Oasis caught the BB's show again that Christmas at Southampton's Guildhall. Noel and Liam Gallagher were so enamoured with the group that they asked them to be the support act for their record-breaking 1995 Earl's Court shows - culminating with both bands sharing the stage for 'I Am The Walrus' (Captured on the video 'There and Then') - and then the following summer joining Oasis again for their massive outdoor events in Loch Lomond, Cork and Knebworth. These gigs and an appearance on the cover of the NME, heralded the Bootleg Beatles' breakthrough to a new contemporary audience, something unheard of for a 'tribute' act. Since becoming regulars on the festival circuit, The Bootlegs have played Wembley with Rod Stewart and Elton John, shared the bill with The Corrs, David Bowie and Iggy Pop and filled Tokyo's Budokan Hall in their own right.

Over the years The Bootleg Beatles have performed in front of many, many thousands of people including such notable luminaries as Sir Paul McCartney, George Harrison, George Martin and Her Majesty, The Queen. Of all the venues they have played perhaps none (aside from Buckingham Palace!) was more auspicious than their appearance on the rooftop of the Apple Building at 3, Savile Row, London. On the freezing morning of 30th January 1999 the BBs performance commemorated the Fab Fours' farewell gig exactly 30 years ago to the day, the event transmitted on news channels across the globe.

Now into their 25th year The BB's have set the standard for all those hundreds of 'tribute bands' who have followed in their footsteps as they continue to keep the spirit and magic of the greatest pop group the world has ever seen well and truly alive. 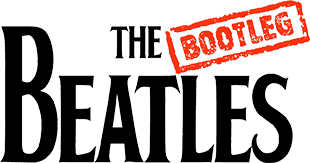