"It's the most 'alive' music I've ever made," Bryce Avary says of 'Zoetic', The Rocket Summer's sixth studio album. "I didn't want to make a sappy record; I wanted to make a record that sounds like bombs going off, because that's what my mind felt like. There's a certain manic nature in these songs that I really like, and a restlessness that feels really honest to me." Over the past decade and a half, The Rocket Summer - masterminded by singer / songwriter / producer / multi-instrumentalist Avary - has built a rich and expansive body of work that's won the loyalty of a diverse and devoted international fan base that continues to embrace Avary's exuberant songcraft, optimistic, evocative lyrics and adventurously layered soundscapes.'Zoetic' marks a creative milestone for Avary, with such sonically and emotionally compelling tunes as 'Cold War', 'Same Air', 'Help Me Out' and 'FL, CA' showcasing the artist's songwriting skills and studio mastery while tapping into a wellspring of edgy inspiration that reflects the unique creative journey that produced the album. "There wasn't any kind of deliberate attempt to make something that would be this different from my past records," Avary states. "I just knew that I wanted to tear down any barriers, including the subconscious ones, and make a record that had no rules. So I just followed the songs that were coming out of me and made sure there were no boundaries in the process of arranging and recording them. That approach allowed me the freedom to push myself to make sure everything that was being recorded would be something new and unique." When he started to plot out his next record, the Dallas-based Avary sought an inspirational change of scene, renting a small house in Los Angeles' fabled Laurel Canyon, sleeping in one room and turning the other into a makeshift recording studio. The experience proved cathartic for the artist. "I basically fell in love with music all over again, like I had when I was first learning to play," he says. "I pretty much didn't come out for a year. My only mission was to be as creative as possible, and to push myself further than ever. In the process, I recorded around four or five albums of material. I just couldn't stop writing and recording.
I realized that something different and special was happening, so I knew I had to follow the trails of the song ideas to see where they all led."

"Being in Los Angeles, my initial thought had been that I was going to collaborate with other songwriters and producers," he continues.
"But as I became aware of the vision I had, the amount of music I wanted to tackle and the kind of out-of-the-box sounds I wanted to capture, I realized it was going to be totally on me to pull it off. At some points it felt like an insurmountable mountain, but it was a fun challenge to try and conquer it. I'm always wanting to learn, and this experience certainly pushed me to learn to use new tools and creative gadgets that helped create a unique sound for the album."

Avary became musically active in his early teens, teaching himself to play a variety of instruments and joining his first band at the age of 14, before breaking away to play acoustic solo sets in the Dallas-Fort Worth area.
At 16, he issued his first EP as a limited-edition indie release, adopting the identity of The Rocket Summer; the name was borrowed from Ray Bradbury's sci-fi classic 'The Martian Chronicles'.
"I always liked the idea of releasing it under a moniker other than my own name," Avary explains. "Even though it was just me on the record, it created an atmosphere of something bigger than one person, something that people could feel more a part of and I've stuck with that ever since."

The Rocket Summer's first full-length album, 'Calendar Days', won considerable national attention in 2003. It was followed by 2005's 'Hello, Good Friend', which peaked at #26 on Billboard's Heatseekers chart. The latter disc generated sufficient fan interest to allow Avary to assemble a live band and tour in the U.S. and Japan. The Rocket Summer's indie success helped to win Avary a deal with Island / Def Jam, which released 'Do You Feel' in 2007. That album reached the Top 50 on the Billboard album charts and #16 on the Billboard 'Top Rock Albums' charts, while spawning a pair of popular singles in 'So Much Love' and 'Do You Feel'.

'Of Men and Angels' followed in 2010, debuting at #1 on iTunes and producing a pair of hits in 'Walls' and 'You Gotta Believe'. The same year, Avary branched out to write 'Stomping The Roses' for American Idol alumnus David Archuleta. In 2011, Avary released the live acoustic album 'Bryce Avary, His Instruments and Your Voices' for free via The Rocket Summer's website which had over 50,000 downloads on the day of its release.

Avary moved from Island / Def Jam to his own label, Aviate, for The Rocket Summer's 2012 album 'Life Will Write the Words'. Despite being an independent release, the album debuted at #58 on the Billboard Top 200 and #12 on Billboard's 'Top Modern Rock' / 'Alternative Albums' chart, and was supported by The Rocket Summer's most successful tour to date.
Although Avary built his reputation as a studio-based visionary, The Rocket Summer has also earned an impressive reputation as a live act, expanding into a full-band lineup to sell out venues in the U.S., Britain, Canada, Australia, New Zealand, France and Japan, while performing at such prestigious festivals as Glastonbury, Soundwave, Austin City Limits, Bamboozle, the Vans Warped Tour and SXSW. Now, with 'Zoetic' raising the musical stakes, Avary is looking forward to the challenge of translating his new material to live performance after a break from touring to focus on this album.

"Playing live is like oxygen to me, so it was hard being away for this long, because it's like putting fuel in the tank for me," Avary asserts.
"So this absence is going to make hitting the road taste that much sweeter. This is the most layered and nuanced record I've ever made, and there are a lot of new sounds to try and figure out how to translate live. So it will be cool to pull these songs off with a live band, and hear how they come off in a more raw, on-the-fly scenario." The ongoing devotion of The Rocket Summer's fans makes the prospect of touring all the more alluring for Avary. "The thing that I'm most proud of about The Rocket Summer is the fan base, and the passion they have for the music and for each other," he says, adding, "I've always viewed music as the friend that can convince you not to jump in your darkest hour. So I have often thought about that while writing, and I often consider how fans will relate to the songs that I'm writing.
But I'd also say that, with this album, I intentionally didn't allow myself to be influenced by how people would receive it. A big part of breaking down creative walls was to start fresh and only allow myself to follow the songs themselves and what was coming out naturally. And I think that's why it sounds a bit different, because it's raw, creative expression with zero expectation or rules of any kind. Obviously I'm very different now,"

Avary concludes. "But one thing that hasn't changed is that I still view music as being the most beautiful and mysterious gift on this planet.
I'm always thinking about how much more music I can make, how much further I can push it, how more I can learn and how much further the music will take me. I know that I haven't gotten to the place where I'm headed musically, and maybe I never will, and that pushes me to keep going. I always feel like it's still just the beginning." 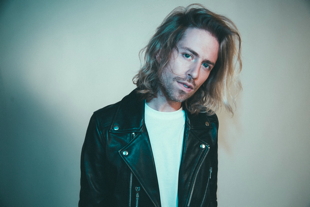