Racking up more than 5 billion global streams and major critical acclaim, beabadoobee has been on a skyrocketing trajectory over the past few years since the release of her first acoustic songs, crafted in her childhood bedroom. Bea’s critically acclaimed 2020 debut album Fake It Flowers established her as a one of music’s most buzzed-about talents, earned her a late-night TV debut on Jimmy Kimmel Live! performing hit song “Care,” and drew mainstream and tastemaker praise on both sides of the pond. A raw, confessional album with real trauma at its heart, the LP features the delicate sounds of her early EPs and huge jangling guitar anthems on songs like “Worth It” and “Sorry.” Her EP Our Extended Play followed, and was produced by Matty Healy and George Daniels of The 1975. Seen as an artistic bridge between Fake It Flowers and Beatopia, it appeared on numerous “best of” lists and landed her on The Tonight Show Starring Jimmy Fallon performing the ‘90s-infused, guitar-driven “Last Day On Earth.”

With her flawless output of confessional bedroom pop songs and a dedicated Gen-Z fanbase, beabadoobee’s sophomore album Beatopia opened up a fantastical and deeply personal world and is a testament to the wonders that self-acceptance and loving the people around you can conjure. The album received global praise and hit #4 on the UK Official Album Chart. Marking her biggest year yet with performances at Coachella, Glastonbury, Gov Ball, Reading & Leeds, and more, as well as a U.S. arena tour supporting Halsey, next she brings her Beatopia headline tour to the U.S. following a mammoth, sold-out UK/Ireland tour. With singles “Talk” and “10:36” as well as her newest standout Tik

Tok viral track “the perfect pair,” her songwriting touches on several genres from bedroom RnB-indie to Bossanova- Pop all while remaining undeniably beabadoobee.

At just 22 years old, Bea has been championed by and has received major critical acclaim from New York Times, Rolling Stone, Pitchfork, NPR, Vogue, Wall Street Journal, Teen Vogue, LA Times, The FADER, i-D, Consequence, Paper, The Face, Pigeons and Planes, Dazed, Cosmopolitan, Stereogum, Dork, Nylon, Complex, NME, The Guardian, Vulture, and more. Bea received a billboard in Times Square as part of YouTube’s global artist development program and was named one of Apple’s Up Next artists in 2021. Bea was also nominated for the BRITs Rising Star Award following her two critically-lauded EPs ’Space Cadet’ and ‘Loveworm’ before having her name put forward as the BBC Sound of 2020. Born in the Philippines and raised in London, beabadoobee signed with Dirty Hit Records following the success of her viral single “Coffee” which was sampled later in 2020’s sixth most streamed song in the world that year on “death bed (coffee for your head)” - a song which climbed into the Top 20 chart in 27 countries and brought Bea her first RIAA Platinum Certification. 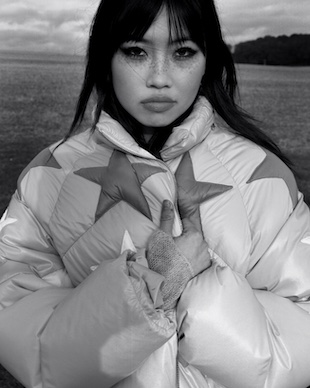