The Streets is Mike Skinner, a native of Birmingham / Barnet in the UK - a rapper, producer, DJ, singer, writer, actor who happens to have made some of the most important British music of this millennium. His debut album 'Original Pirate Material', released in 2002 is widely regarded to have changed the face of British rap music, and his second album 'A Grand Don't Come For Free' was a huge worldwide success spawning hit singles like 'Fit But You Know It' and 'Dry Your Eyes'. After 5 albums and over 5 million record sales, Skinner quit The Streets and worked on other musical projects as well as reinventing himself as a successful DJ playing Bass and Grime.

In 2018 Skinner revived The Streets with his phenomenal touring band (which also features Rob Harvey of The Music on guitar / vox) for a rapturously received tour that continues into 2019 - and in 2020 The Streets will release a new album and his debut feature film, both entitled 'The Darker The Shadow The Brighter The Light'. 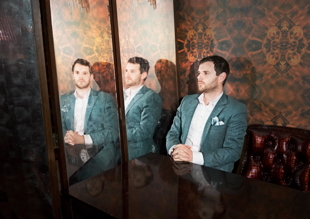