"The Man Who Invented The Eighties"

As one of this generation's most decorated producers, Trevor Horn is a true legend in the music industry. After forming The Buggles and recording the chart topping 1979 hit 'Video Killed The Radio Star', Horn went on to produce some of the most recognisable anthems that defined the Eighties, including ABC's 'Lexicon of Love', 'Owner of A Lonely Heart' by Yes, and Frankie Goes to Hollywood's number one hits 'Relax', 'Two Tribes' and 'The Power of Love'.

Playing like a party set of the hits of the 80's and 90's, Trevor and his band, made up of many of the musicians Trevor used to produce the hits in the first place and some incredible guest vocalists, plays all the hits he's produced over the decades. What Nile Rogers is to disco, Trevor is to the 80's and 90's! 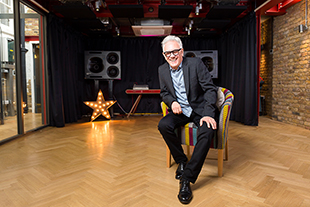