Nottingham’s Trinity Square, a four- piece band composed of rappers and singers hailing from the same city that birthed the likes of BET Nominees Young T & Bugsey and Slowthai are set to release new music.

Consisting of members Bluu, BabyBoy, Trizzy and Huey, the boys who are all now in their 20’s came up together through school and playing football before choosing to blend their talents and love for music together to create a fresh and unique UK sound.

Already having amassed a long list of credits and accolades early on in their career, Trinity Square are set to take 2020/21 by storm. After a short stint away from the forefront, the boys, who were appropriately named Trinity Square after the heart of Nottingham city, have quietly been working on their new project titled ‘TS Way’ which will give patient and eager fans exactly what they’ve been longing for, with a new video for lead single ‘Intro’ already in the pipelines serving as a re-introduction to the boys and a taste of what’s to be expected from the new mixtape. 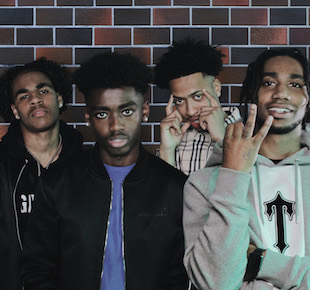