UNDERØATH is a Grammy-nominated, Tampa-based sextet who released their final album, 'Ø' (Disambiguation), in 2010. They announced a farewell tour in late 2012 as well as a career-spanning album, 'Anthology: 1999-2013'. The band played their final show on January 26th, 2013 in St. Petersburg, FL.

In August of 2015, it was announced that UNDERØATH has reunited for the 2016 Self Help Festival on March 19th at the NOS Events Center in San Bernardino, CA, as well as a subsequent tour. Dubbed the 'Rebirth Tour', the band will be playing albums 'They're Only Chasing Safety' and 'Define The Great Line' in their entirety.

UNDERØATH released five studio albums during their decade plus career, including two gold records: 'They're Only Chasing Safety' and 'Define The Great Line'. 'Define The Great Line' debuted at #2 on Billboard's Top 200 Album Chart and earned the outfit a Grammy nomination for their 'Writing On The Walls' video. 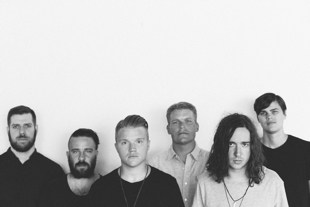