North London-born singer-songwriter and rapper Wauve specialises in afrobeats - infused R&B, but doesn't shy away from implementing genres from across the board. Originating from the small African country of Eritrea, Wauve's mission is to create a new genre, based upon a mix of trap, with a pop structure and R&B influences. Incorporating East-African sounds, while paving the way for a whole new era in music.

Lyrically, he incorporates raw emotions and exposes vulnerability in his music and will continue to do so throughout his musical journey.
Exposing his true self and creativity. Various influencers have had an impact on Wauve with regards to production, but his originality and unique flair continuously shines through and shows his diverse range.

His musical vision is based on a feeling, an unguarded telling of his story and struggle, making his sound that much more authentic and organic. Artistically expressing himself in his lyrics, music and performance in the most vulnerable and raw form. 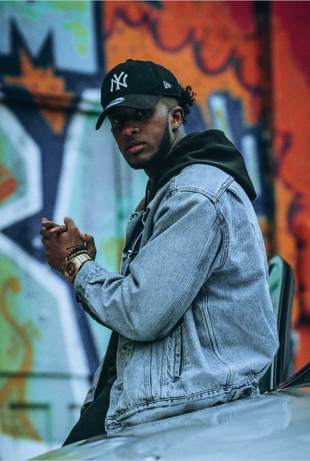